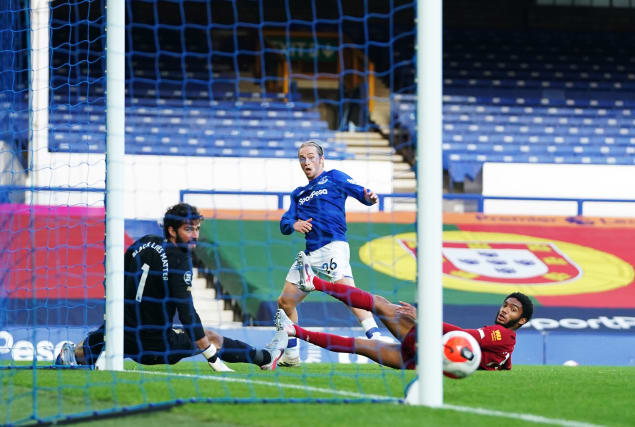 The Premier League returned and champions-elect Liverpool struggling for rhythm as they were held to a 0-0 draw by Merseyside rivals Everton at Goodison Park.

Chelsea came from behind at Aston Villa to consolidate their place in the Champions League places with a 2-1 win.

At the other end of the table, Brighton did their survival hopes a world of good with a last-gasp 2-1 win over Arsenal.

Frankie Dettori secured a double on the final day at Royal Ascot with victory aboard Alpine Star in the Coronation Stakes and Palace Pier in the St James’s Palace Stakes.

And American Webb Simpson won the PGA Tour’s RBC Heritage event with a tournament record score of 22-under 262.