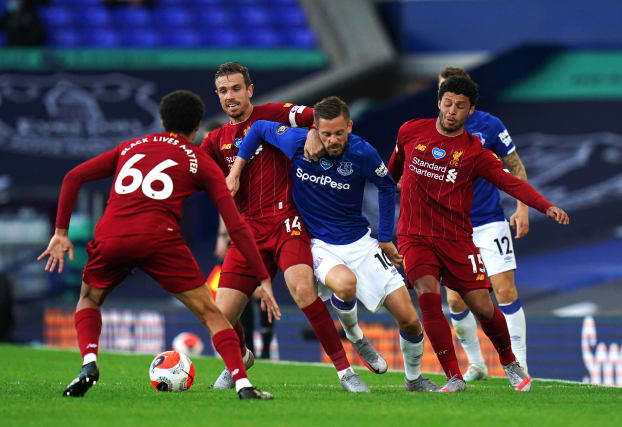 Everton’s goalless draw at home to Liverpool peaked at 5.5m and averaged 5m for the 7pm kick-off shown on a number of channels across the broadcaster’s network.

The match was shown free-to-air with a 1.9m average on the Pick channel, with 3.1m across Sky Sports channels and Sky One.

Sky Sports’ previous record was for the 2012 Manchester derby, which was also shown free-to-air, and which attracted an average audience figure of just over 4m.

A number of matches are being shown free-to-air after the government insisted the only way the Premier League could restart was if all the remaining 92 matches were broadcast.

Around a third were freely available to combat the potential issue of fans breaching social distancing guidelines by congregating to watch satellite services or even outside grounds.