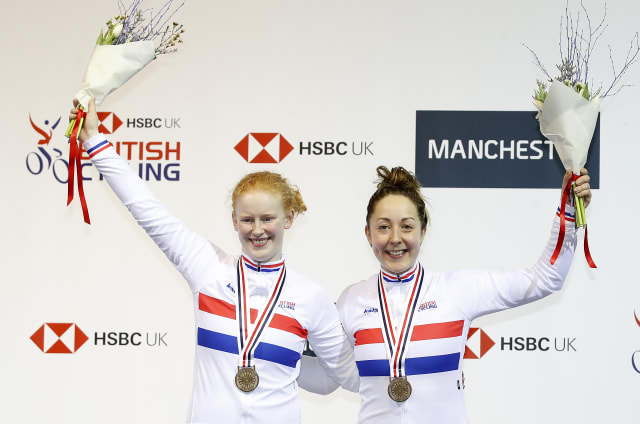 Reigning Paralympic champion Helen Scott is in a race against time as she and British Cycling hunt a new blind or visually impaired partner with which to defend her tandem kilo title at next year’s Games in Tokyo.

Sophie Thornhill announced her retirement last week, bringing to an end a six-year partnership with Scott which yielded eight world titles and the Paralympic gold which came in Rio four years ago.

Recruitment efforts had been focused on Paris 2024, but Thornhill’s exit has left the team needing to find a replacement and get them up to speed in time for a Games now only 14 months away.

It is a tall order but one with potentially rich rewards given Scott’s record of success both with Thornhill and Aileen McGlynn before her.

“It’s sad to lose Sophie as a partner, she’s a friend, but I’ve had a fantastic career and now I’m excited to help create the beginning of somebody’s else’s,” Scott told the PA news agency.

“I’m up for the challenge. I still plan on going to Tokyo to defend mine and Sophie’s title with somebody new.”

British Cycling coaches have already spoken to their counterparts in other Paralympic sports to see if there are any eligible athletes who might want to convert to cycling, talks which have yielded a few leads already.

But the net will be cast wide with anyone interested encouraged to contact British Cycling’s Para-cycling pathway manager John Lenton.

No prior cycling experience is necessary, but anyone wanting to be considered must be able to demonstrate athletic ability, and also show they have the character to take on the challenge and fit into the team.

The 29-year-old Scott, who is also a coach herself, will be heavily involved in the project and will speak to anyone shortlisted to take part in trials which coaches hope to be able to organise once lockdown restrictions have eased sufficiently.

“Naturally to find visually impaired athletes is quite difficult because most of the top athletes are already in their sports and heading to Tokyo, but you’d be surprised,” said Scott.

“I think we’re going to have five or 10 for sure who are going to be able to test, and who knows what will come off the back of us putting out a wider announcement.”

With the rearranged Paralympics due to open in Tokyo on August 24 next year, this is a golden opportunity for someone to join British Cycling at the most crucial point of an Olympic and Paralympic cycle, but one Scott warns will not be easy.

“Elite sport is tough and hopefully the person we get will be up for the challenge,” she said.

“Sophie and I had qualified for Tokyo – our bike was on that plane – but this is different and we’d need to qualify for the World Championships which will hopefully go ahead in January, so there is a time limit on when we need these performances.

“It is going to be tough but what a story it could be. It’s such an inspiring place to be. I’m biased, but who wouldn’t want this opportunity?”