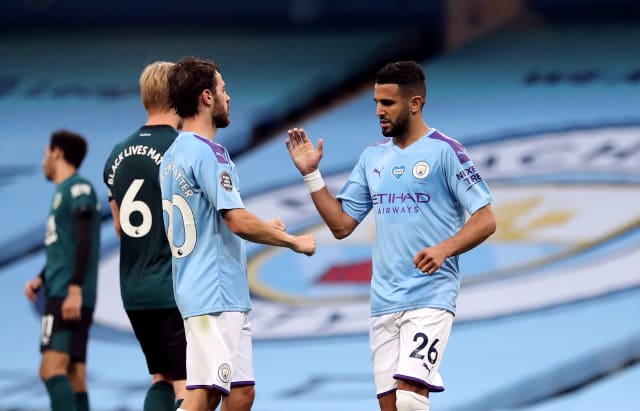 Burnley spoke of their sadness and shame after the flying of an offensive banner during their 5-0 thrashing at Manchester City.

In the early moments of Monday's defeat at the Etihad Stadium, the Clarets' first game since the Premier League restart, a plane flew past carrying a message which read, 'White lives matter Burnley'.

This occurred just moments after all players had taken the knee at kick-off in support of the Black Lives Matter movement.

The Lancashire club issued a strong statement before the end of the game and captain Ben Mee was also angered.

"We as a group of players condemn it, we're ashamed, we're embarrassed," Mee told BBC Radio Five Live after the game.

"It definitely had a massive impact on us to see that in the sky. We were embarrassed, disappointed, upset. We are embarrassed that our name was in it.

"That they tried to attach it to our club – it doesn't belong anywhere near our club. Fans like that don't deserve to be around football."

The club statement added the perpetrators were not welcome at Turf Moor and would be banned for life if identified.

"This, in no way, represents what Burnley Football Club stands for," it read.

Burnley never got going after that. The visitors, already weakened by injuries and contractual issues, were outplayed by a far superior City side.

The outstanding Phil Foden opened the scoring with a superb low strike on 22 minutes and later completed the rout. Riyad Mahrez also struck twice, including a penalty, while David Silva netted the other.

The major downside for City was the loss of record goalscorer Sergio Aguero just before the interval with a knee injury. City now fear he could miss the remainder of the campaign.

Manager Pep Guardiola said: "It doesn't look good unfortunately. He was struggling for the last month with a problem in the knee.

"We will see tomorrow exactly what he has but it doesn't look good for the season."

The champions' victory meant Liverpool will have to wait a little bit longer to relieve them of their crown. The Reds, who need five more points, now cannot clinch the title when they face Crystal Palace on Wednesday.

"We played really well – a solid performance, especially in the beginning," said Guardiola.