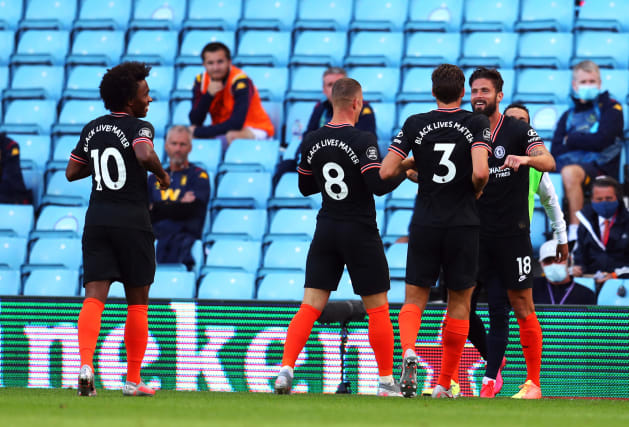 Beleaguered Villa had been on track to climb out of the Premier League relegation zone following Kortney Hause’s maiden top-flight strike shortly before the break.

Dean Smith’s men remain a single point from safety but have an inferior goal difference to their relegation rivals after their winless league run stretched to six league matches.

Chelsea’s first top-flight away victory of 2020, in Frank Lampard’s 100th game as a manager, moves them five points clear of fifth-placed Manchester United and to within three points of third-placed Leicester.

After Hause’s scruffy 43rd-minute opener, United States international Pulisic made an instant impact by crashing home a half-volley via the underside of the crossbar only five minutes after coming off the bench before Frenchman Giroud swivelled to benefit from a ricochet off Villa midfielder Conor Hourihane moments later.

Earlier on Sunday, Joelinton scored only his second Premier League goal as Sheffield United’s European aspirations were damaged by a resounding 3-0 loss to Newcastle.

The £40million Magpies striker completed the scoring at St James’ Park by ending a 300-day drought stretching back to August after second-half strikes from Allan Saint-Maximin and Matt Ritchie put the 10-man Blades on course for defeat.

Chris Wilder’s visitors played the final 40 minutes a man down following John Egan’s dismissal for a second bookable offence when the game was still goalless.