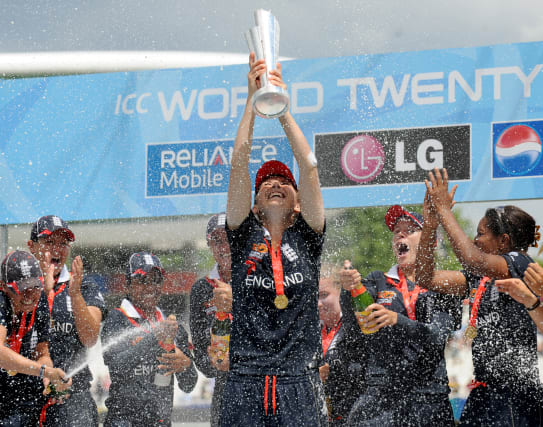 Charlotte Edwards’ team were set just 86 after blitzing the New Zealand batting and were taken home by star batter Claire Taylor in the 17th over.

The success meant that England were champions in the 20-over and 50-over formats and also held the Ashes.

Fast bowler Katherine Brunt left the White Ferns’ top order in tatters with a new-ball spell of 4-2-6-3, which included the scalp of the dangerous Aimee Watkins.

The early dismissals vindicated Edwards’ decision to put in New Zealand, the same opposition they defeated to secure the one-day World Cup earlier in the year.

When England batted, Taylor made the most of being dropped before getting off the mark as she maintained a strike rate in excess of a run a ball and found the boundary rope on four occasions in an unbeaten 39.