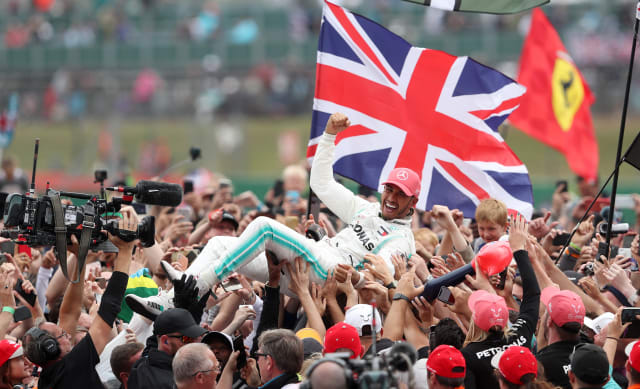 Six-time world champion Lewis Hamilton is to set up a commission to increase black representation in motorsport.

Hamilton, who previously said he felt “so much anger, sadness and disbelief” after the death of George Floyd, has spoken widely on race in light of protests following the killing in Minneapolis.

He wrote in The Sunday Times that racism was “only too familiar to me” and said while people were quick to condemn racist gestures like monkey noises being shouted at black footballers, they were less quick to address structural issues.

“I’ve been fighting the stigma of racism throughout my racing career — from kids throwing things at me while karting, to being taunted by fans in black face at a 2007 grand prix, one of my first Formula One races,” he said.

“I’m used to being one of very few people of colour on my teams and, more than that, I’m used to the idea that no one will speak up for me when I face racism, because no one personally feels or understands my experience.”

The Mercedes driver said the aim of his commission would be to make the sport “become as diverse as the complex and multicultural world we live in”.

He said it would be a “research partnership dedicated to exploring how motorsport can be used as a vehicle to engage more young people from black backgrounds with Science, Technology, Engineering and Mathematics (STEM) subjects and, ultimately, employ them on our teams or in other engineering sectors”.

The 35-year-old Hamilton posted #BlackLivesMatter to his 5.7million Twitter followers following the death of Mr Floyd, with his post featuring a video of a young black American girl in tears about inherent racism in society.

He then went on to post an apparent criticism of F1 colleagues on his Story, saying: “I see those of you who are staying silent, some of you the biggest of stars yet you stay silent in the midst of injustice.

“I would have thought by now you would see why this happens and say something about it but you can’t stand alongside us.

“The way minorities are treated has to change, how you educate those in your country of equality, racism, classism and that we are all the same!”

He wrote in the paper that the “institutional barriers that have kept F1 highly exclusive persist” adding that the thousands of people employed in motorsport need to be more representative of society.

“Winning championships is great, but I want to be remembered for my work creating a more equal society through education”, he added.