Home sides will be disadvantaged by absence of fans, says Eddie Howe 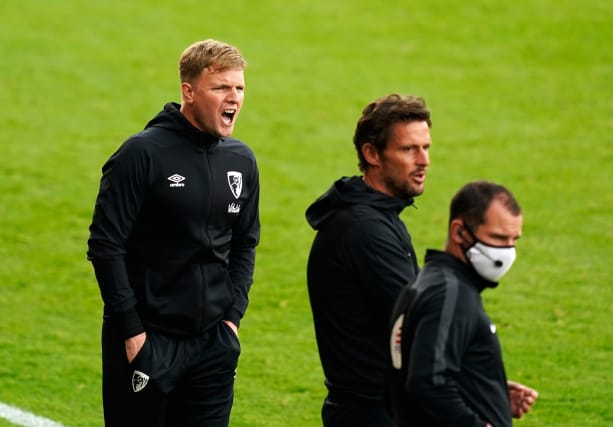 Bournemouth boss Eddie Howe admitted playing without any fans will prove a disadvantage for all home clubs in the Premier League after Saturday’s 2-0 loss to Crystal Palace.

First-half strikes from Luka Milivojevic and Jordan Ayew ensured the Cherries remain in the bottom three and in trouble with a tricky run of fixtures to come.

The hosts managed only one effort on target throughout the clash at the Vitality Stadium, which was without fans due to the protocols in place with the coronavirus pandemic still having a big impact on the UK.

After a lacklustre return to action, the 42-year-old conceded his relegation-threatened side will have to get used to playing without a crowd, but hopes it may benefit them at Wolves on Wednesday.

Howe said: “Here especially we thrive off the feeling and the atmosphere in the stadium and especially when you are chasing the game like that today.

“Historically our crowd have been very good at lifting the players and I do think the second half performance was much improved and we were much better.

“A goal at any stage would have changed it for us, but it never came. I do think playing at home you are going to be at a disadvantage, I don’t think there is any doubt about that.

“Hopefully that can work for us on the other side when we play away from home.”

The Eagles went ahead after 12 minutes when Milivojevic curled a free kick over the wall and in via the crossbar.

It was 2-0 with 23 on the clock when Patrick Van Aanholt picked out Jordan Ayew, who finished off a great team move.

Cherries boss Howe added: “A disappointing game and disappointing start for us. The start of the game was really where we lost it today.

“It’s a really good free kick from their perspective, but we are disappointed to concede it and it was a hammer blow against a team who when you do go behind against them are very difficult to play against.”

While Bournemouth remain in the relegation zone, Palace are into the top half and ahead of Arsenal.

This victory and clean sheet was their fourth in a row, albeit their previous success before the win on the south coast occurred on March 7.

“(I’m) obviously very pleased,” Hodgson said. “I thought in particular the first half was excellent. In the second half we controlled the game well enough to make certain our lead was never in enormous danger.

“It is a fourth game in a row for us with a victory and a clean sheet so one has to be delighted with that.”

Palace are on the road again next week with a trip to Liverpool before they return home on June 29 for the visit of Burnley.

“That’s the way it will be for all of us,” Hodgson added on the lack of supporters.

“When we play at Selhurst Park, we will be in the same situation. The players were very keen today that the motivation was going to be a self-motivation.”