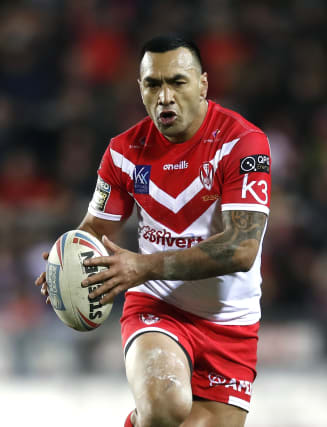 St Helens second-row forward Zeb Taia will leave the club at the end of the 2020 season and return to his native Australia.

The 35-year-old made his first Saints appearance in 2017, having signed from the Gold Coast Titans, and has since made 94 further appearances across four seasons.

Taia has scored 21 tries throughout his spell with the club, notably crossing during the side’s Super League Grand Final success over Salford at Old Trafford last season.

“Good things always come to an end and it’s the right time for me and my family to head back home to Australia at the end of the season and prepare for the next chapter of our lives,” Taia told Saints’ official website.

“I want to wish the club all the best in the years ahead, but my job is not over yet as I’m keen to get back to winning more trophies this season and I can’t wait to see you all once we are back up and running.”

Head coach Kristian Woolf added: “Zeb has been the ultimate professional since I joined the club. He is a great person and has had a fantastic career both in the NRL and at Saints. We will miss him and we wish him and his family well in his next chapter.”