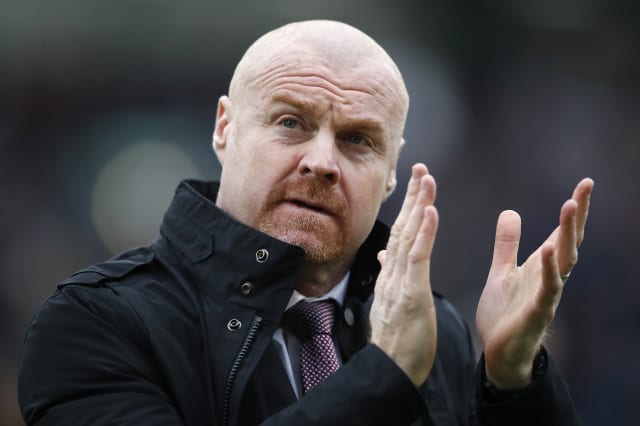 Sean Dyche fears Burnley could be left short of numbers for the Premier League run-in.

With short-term contracts not yet sorted for several players in the final days of their deals and injury worries, the Clarets boss is concerned.

Burnley will play their first game back after the shutdown when they travel to Manchester City on Monday night, but Dyche admitted he had question marks throughout the squad just days before the game.

Ashley Barnes, Chris Wood and Johann Berg Gudmundsson are out injured, while Phil Bardsley, Aaron Lennon, Jeff Hendrick, Joe Hart and Adam Legzdins are all out of contract at the end of the month and yet to commit to finishing the campaign.

Ben Gibson continues to train away from the club with his Burnley career apparently over.

“Hopefully we’ll get some players tied down,” Dyche said. “If that doesn’t occur it’s fair to say we’ll be down to a very low squad with the three injuries on top.

“They are players who play quite a lot for us if you look at Jeff Hendrick, Aaron Lennon and the likes, and then the players that are injured.

“Of course it will affect the group but we’ve shown before that when called upon we’ve got many players here capable of doing the work and providing us with performances that can get results.”

Dyche revealed his frustration the situation had been allowed to develop, even if the coronavirus pandemic and its huge impact was a circumstance nobody could have predicted.

“I advised many months ago, before Covid, what situations I felt were important,” he said. “The club are not always thirsty to move things forward quickly so we’ve had to wait and then the Covid situation occurred, which is obviously very serious in the world.

“But in the football world it’s given a different feel to what the realities are so that made it more complicated. The players still have the chance to finish their contracts in June which they might do because they might want to keep themselves right for what comes next.

“I’m waiting for the chairman to act on what I’ve advised many months ago and hopefully get some players tied down.”

Burnley sit 10th in the table, six points off Manchester United in fifth as they go into the final nine games of the campaign.

The experience of the Bundesliga might suggest that playing behind closed doors helps the away team, but having watched City dismantle 10-man Arsenal 3-0 on Wednesday night, Dyche said there was never a good time to visit the Etihad Stadium.

“We’re all debating how much difference a crowd makes, how much it can lift you and how much hardship it brings the opposition, but at the end of the day when you play a team like City it’s always difficult,” he said.

City and Arsenal players took a knee in support of the Black Lives Matter campaign prior to kick off on Wednesday night, and Clarets captain Ben Mee expects to do the same on Monday.

“We have good organisations such as Kick It Out but this is purely on behalf of the players, it’s a really powerful message we send out that we don’t believe racism belongs in our game.

“As players we take a stand, it’s a fantastic gesture, a great idea and we’ve all jumped on board with it.”