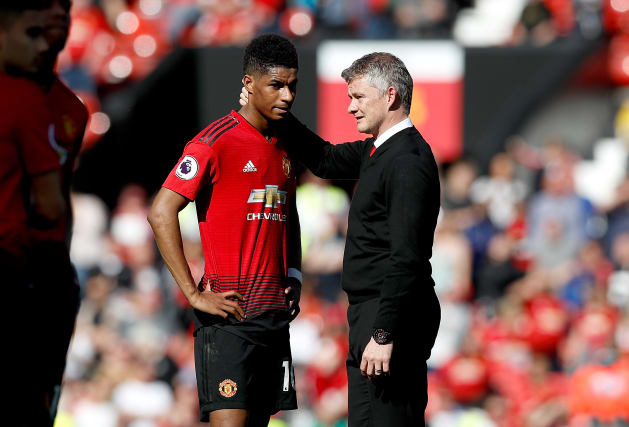 Manchester United manager Ole Gunnar Solskjaer spoke of his immense pride at Marcus Rashford’s work helping others and affecting change during the lockdown.

The England forward wrote an open letter to MPs urging the government to reverse its decision not to award free school meals vouchers in England – for which nearly 1.3 million children are eligible – outside of term time.

An impassioned follow-up article detailing his experience of growing up using food banks and receiving free meals as a child helped prompt a government U-turn, with the establishment of a ‘Covid summer food fund’.

United boss Solskjaer said: “As a club and me as his manager as well, it’s been fantastic to follow Marcus throughout the lockdown period as well.

“It’s not only that he got the Prime Minister to change his mind, but also what he’s done over the last few months.

“Marcus is such a top, top human being and he’s brought his own experiences as a kid into this conversation and will change the lives of so many kids.

“He’s already been captain of the club at such a young age and he’s proving all the time his human qualities, which is a main attribute for a Man United player – along with his quality as a player, of course.”