England to begin Euro 2020 campaign against Croatia at Wembley 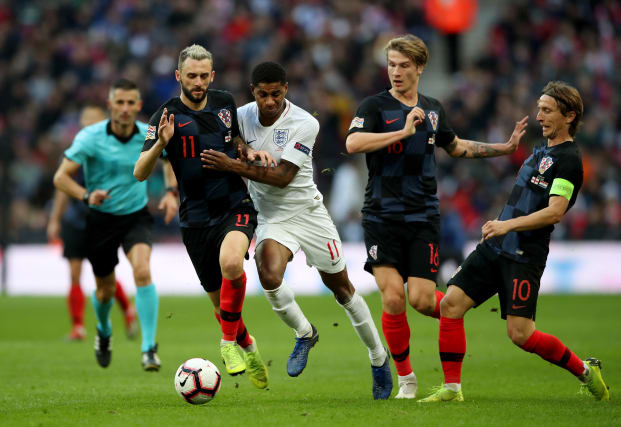 England will open their Euro 2020 campaign against Croatia on June 13, 2021 at Wembley.

UEFA has announced a new fixture list for the tournament, which was postponed by 12 months due to the coronavirus pandemic.

England’s second Group D fixture, against a play-off winning team to be determined, will follow on June 18, with the final group game against the Czech Republic on June 22.

All England’s group fixtures will be played at London’s Wembley Stadium, with UEFA president Aleksander Ceferin confirming that all 12 original host cities for the tournament will stage matches next summer.

Wembley is also due to host the semi-finals and final of the tournament.

The tournament is due to begin on June 11 when Turkey face Italy.

Wales’ opening fixture is against Switzerland in Baku on June 12 before they face Turkey on June 16 in the same city, and Italy in Rome on June 20.

Scotland, Northern Ireland and the Republic of Ireland are all hoping to reach the tournament via the qualifying play-offs, which are now due to be played in October and November.