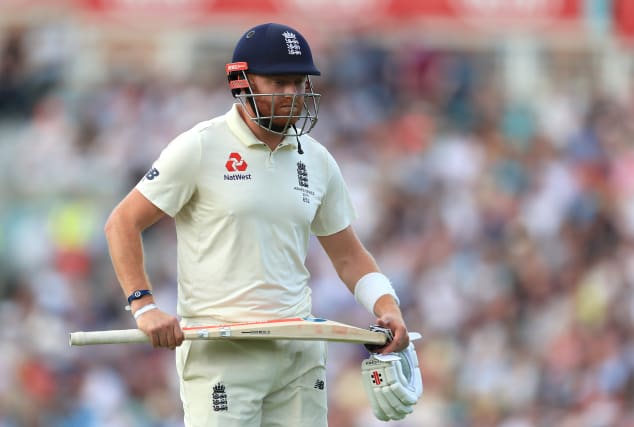 Jonny Bairstow feels refreshed and has his sights set on an England Test recall this summer, preferably with the wicketkeeping gloves back in his possession.

Bairstow lost his place behind the stumps to Jos Buttler after a post-World Cup slump saw the Yorkshireman average 19.45 with the bat in six Tests last summer, while he was rested for the aborted Sri Lanka tour earlier this year.

The onset of the coronavirus pandemic has allowed Bairstow a longer break than was anticipated, and one he felt necessary, but he is now eager to come back for England’s three-Test series against the West Indies next month.

He is open to all suggestions but, while the England hierarchy have previously indicated his international future lay as a specialist batsman, he hinted otherwise as he feels his glovework remains at a high standard.

Bairstow, who averages a respectable 37.85 in 48 Tests as a wicketkeeper compared with 27.83 in 22 matches as a batsman only, is therefore ready to challenge Buttler’s spot after recharging his batteries during the hiatus.

“Not going to Sri Lanka, I felt I needed a bit of a break because I had something like six nights at home from October until February,” Bairstow said in a Zoom conference call.

“That naturally takes it toll so I think it came at a decent time and there will be a freshness coming back in. (But) I am very much looking forward to being available for selection.

“I’m not ruling anything out. I want to keep my options very much open. I’m someone who has always been positive about playing.

“Over a period of time, I’ve been really happy with my keeping. That was the bit at the start of my career that people questioned but people have stopped speaking about it over the last couple of years.

“I’ve looked at the stats and my stats are very good. So there’s no reason why that isn’t an area I want to be coming back into.

“There have always been challenges that have been asked, whether that’s been keeping wicket or batting in certain position and circumstances. I’d like to think I’ve risen to those challenges.”

As well as going through some wicketkeeping drills on his return to training at Headingley this month, Bairstow has faced a bowling machine indoors and received some throwdowns outside, while Yorkshire team-mates Adil Rashid and David Willey have given him some white-ball batting practice.

Bairstow’s sessions are set to intensify when he goes to Chester-le-Street on Wednesday, weather permitting, to face Durham pair Ben Stokes and Mark Wood in the nets.

The trio are expected to be named in an extended group of players that will go into a camp at the Ageas Bowl ahead of the first Test against the Windies, which is scheduled to get under way on July 8 behind closed doors.

Bairstow insists the absence of a crowd will not hand the tourists a psychological edge, as he said: “It is a level playing field.

“Internal motivators will get you through. The will and want to run in when it is windy and is a bit chilly and not so nice.

“There are certain places that we’ve played around the world in Test cricket that haven’t necessarily had a massive crowd as well. I don’t think it’ll be too dissimilar to some of those.”

The Windies have placed an emphasis on their fast bowling, with the experience of Kemar Roach, captain Jason Holder and, if fit, Shannon Gabriel dovetailing with the raw talents of Alzarri Joseph and Chemar Holder.

Asked whether he is relishing some sustained aggression if he does break back into the side, Bairstow responded: “Absolutely. Yes, they have got a very talented bowling attack coupled with some experience and also variation.”