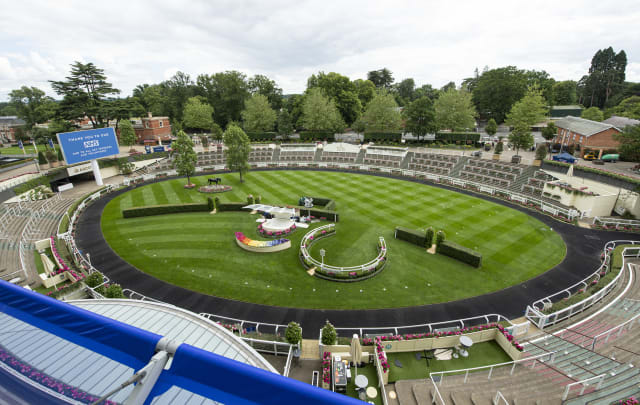 Ascot officials are “embracing the situation” ahead of a Royal meeting that will be run behind closed doors for the first time in its famous 250-year history.

While the Berkshire racecourse would usually welcome 300,000 racegoers through its doors across this week’s five-day showpiece meeting, an attendance of around 500 will be allowed on track each day because of the coronavirus pandemic.

Nick Smith has been presented with several challenges in his time as Ascot’s director of racing and public affairs, with the year of Foot and Mouth disease (2001) and the Royal meeting’s move north to York (2005) during Ascot’s redevelopment both falling in his 20-year tenure.

Smith said: “We’ve had Black Ascot (following the death of King Edward VII in 1910), the year of Foot and Mouth – and all the challenges that presented – as well as moving the Royal meeting to York, but it’s fair to see we’ve never seen anything quite like this.

“It’s certainly a bit strange, but we’re now embracing the situation we’re in and getting excited about the week ahead.”

The Queen will miss Royal Ascot for the first time in her 68-year-reign due to the Covid-19 outbreak, meaning there will be no Royal procession on the course, while the traditional outfit of top hat and tails will be replaced by personal protective equipment.

However, Smith is confident both those in attendance and those watching on TV screens around the world will still enjoy the experience.

“We’re not pretending things are going to be the same as usual – but even with the social distancing in place, I do think the atmosphere will build throughout each day,” he added.

“There’ll be more people in the parade ring than has been the case up to this point (so far this summer). ITV will be broadcasting from the parade ring this week, which I think will help create a focus. We’ve managed to create a secluded pen for the ITV team!

“There’ll be no top hats and finery on course this year. It’s a bit ironic that we’re asking people off-course to dress up for the #StyledWithThanks Campaign, while the people on course will be dressing practically and with safety in mind.”

There have been significant changes to the action on the course, too, with the programme receiving a significant rejig.

While the Royal meeting managed to keeps it usual slot on the calendar, six extra races are scheduled to take place, and the St James’s Palace Stakes and Coronation Stakes have been pushed back until later in the week.

The Group One mile events would usually be held on Tuesday and Friday respectively. But with the delayed start to the campaign, they have been moved to the final day to create a bigger gap from the Guineas meeting, which took place on June 6 and 7.

The Queen Anne and King’s Stand Stakes remain in their usual slots on the first afternoon, but are joined by the King Edward VII Stakes and Ribblesdale Stakes, which will now be key Derby and Oaks trials before Epsom’s planned meeting on July 4.

Smith has praised the powers that be for making the most out of a difficult situation.

He said: “There’s some fantastic racing to look forward to this week. There’s been a lot of work done between ourselves and the BHA to try to reconfigure the programme to fit in with the Guineas and the Derby as best we can.

“It’s a new Pattern, but I think it’s workable – and all being well, once the Derby and the Eclipse have been run in early July, hopefully the Pattern will get back on track, which I don’t think many people thought was possible not too long ago.”