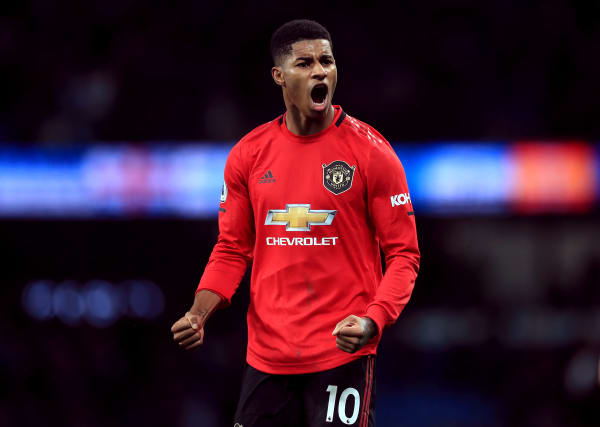 Here, the PA news agency looks at some of the best examples from June 13.

Marcus Rashford has made plenty of positive headlines during the coronavirus pandemic due to his charity work, helping to feed children missing on school dinners, as well as raising money to support the homeless.

Former England striker Gary Lineker has backed the Manchester United striker to be named BBC Sports Personality of the Year in December.

And Rashford’s efforts also received celebrity acclaim on Saturday, with Coronation Street actor Anthony Cotton tweeting: “Can’t argue with facts. @MarcusRashford is everything a footballer should be. Bravo.”

While former Westlife singer Brian McFadden said on Twitter: “Finally! A Role model from the young generation who is worth idolising. Such an impressive young man. @MarcusRashford.”

United are set to return to Premier League action next Friday against Tottenham and it will be the first time January signing Bruno Fernandes and Paul Pogba could line up together in midfield. Many have questioned if they can play together, but former United captain Gary Neville is confident it will not be an issue.

Arsenal have donated 250 laptops to schoolchildren to help combat digital exclusion for vulnerable youngsters during the coronavirus pandemic.

Chelsea midfielder Willian counted down the top 10 goals of his career, picking a stunning solo goal for Shakhtar Donetsk as his favourite.

Aston Villa captain Jack Grealish was enjoying training, and his new look, as the Premier League returns next week.

Former world number one Caroline Wozniacki was basking in the sunshine.

Ian Poulter was ready for a push towards the first PGA Tour title since the resumption of golf.