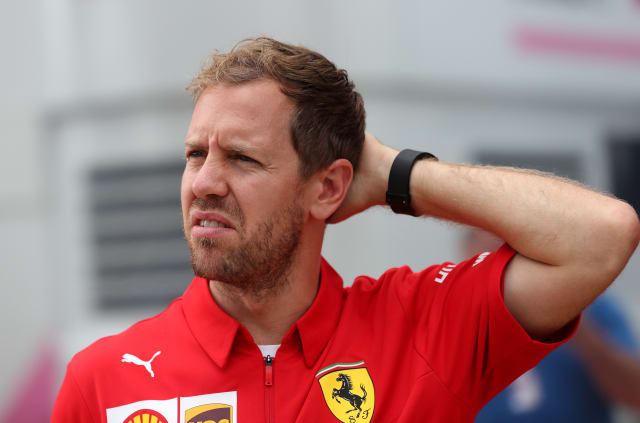 Sebastian Vettel has been linked with a switch to Racing Point next year but team principal Otmar Szafnauer insists he has not spoken with the four-time world champion since his exit from Ferrari was announced.

Vettel’s future in Formula One beyond the end of the season has been the subject of intense speculation after it was confirmed last month he would end his association with the Scuderia at the end of the 2020 campaign.

Former F1 driver David Coulthard has said Vettel would be a “brilliant asset” at Silverstone-based Racing Point, which is next year set to be rebranded as Aston Martin.

But while Szafnauer spoke warmly of Vettel and their friendship that has spanned a number of years, the Racing Point boss is happy with his current driver line-up of Sergio Perez and Lance Stroll.

“Seb and I have been friends for a long time, even before he was a Formula One driver I knew him, and ironically he hasn’t called me, so I haven’t had the conversation,” Szafnauer told the F1 Nation podcast.

“He’s had some great races and I think at his relatively young age of 33 he still has some good years left in him. But that’s not for me to say.

“We’re really happy with our driver line-up and they’re signed up as well, they work well together.”

Vettel won four world titles at Red Bull before moving to Ferrari five years ago but he has had a barren spell with the Italian marque, finishing runner-up to Lewis Hamilton in the drivers’ championships in 2017 and 2018.

However, last year he was outshone by younger team-mate Charles Leclerc, who collected more wins, points and poles than the German.

Mark Webber, Vettel’s team-mate on all four occasions he won the world title, believes the 33-year-old would benefit from a year away from the sport.

“I think he’ll have a year off,” the Australian said. “I hope for all of us he can rejuvenate himself and get back into the spirit of wanting to be competing at the front again in Formula One.

Webber added Vettel’s relationship with Ferrari may already be at a natural finishing point.

“I think he’s literally just run out of puff there,” Webber said. “He’s clearly not getting out of bed motivated to drive a red car. But short term (Ferrari) will miss someone of his experience and vision.”