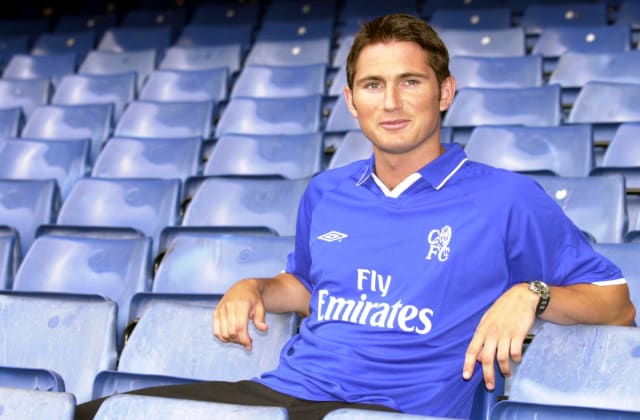 Frank Lampard moved across London in June 2001, making himself a hate figure with some fans at West Ham after signing for Chelsea in an £11million deal.

At this point in his career, the 22-year-old Lampard was already an England international but he sought pastures new after his father Frank was sacked as assistant manager the previous month.

It was the start of a remarkable journey for Lampard, who went on to establish himself as one of the great midfielders of his era and finish as the Blues’ record scorer, finding the net 211 times in all competitions.

He is the only midfielder to have scored 150 Premier League goals or more while he, John Terry, Petr Cech and Didier Drogba formed the nucleus of the Chelsea sides that would enjoy immense success down the years.

He left Stamford Bridge 13 years after he arrived, his status as a club great long since secured, before stints at Manchester City and New York City in Major League soccer. He returned to Chelsea as head coach last year.