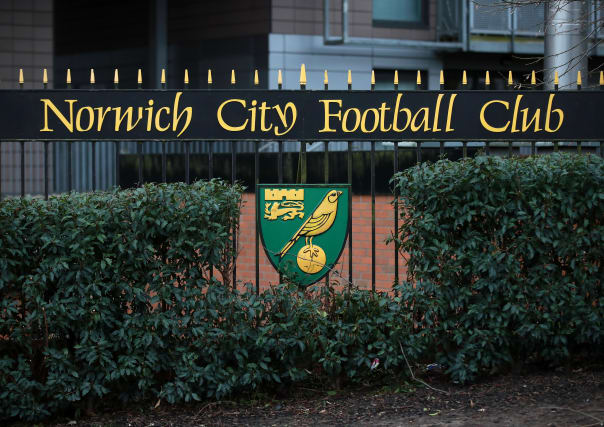 A Norwich player is set to miss the restart of the Premier League season after testing positive for coronavirus.

The unnamed player was one of two positive results from the 1,200 checks across the division on Thursday and Friday and he must now isolate for seven days before being tested again, with the Canaries facing Southampton on Friday.

One individual at another club, as yet unidentified, also tested positive.

A Norwich statement read: “Norwich City can confirm that one of its players has returned a positive test result following the recent round of Covid-19 testing.

“In line with the Premier League’s protocols, the player will now self-isolate for a period of seven days before being tested again at a later date. The player must return a negative test result before being able to resume training.

“The club will not name the player in question and asks that his request for privacy and confidentiality are respected at this time.”

Norwich played Tottenham in a friendly on Friday, but players from neither set of clubs who may have come in contact with the player will have to self-isolate as they will not have deemed to have been in contact for long enough, according to Government advice.

The low number of positive tests in the eighth round of testing will again be seen as good news for Project Restart, which is due to get under way in five days.

Aston Villa and Sheffield United get the action under way on Wednesday before Manchester City take on Arsenal later the same day.

A Premier League statement read: “The Premier League can today confirm that on Thursday 11 June and Friday 12 June, 1,200 players and club staff were tested for Covid-19. Of these, two have tested positive from two clubs.

“The Premier League is providing this aggregated information for the purposes of competition integrity and transparency. No specific details as to clubs or individuals will be provided by the league and results will be made public after each round of testing.”