When and where does the action resume? 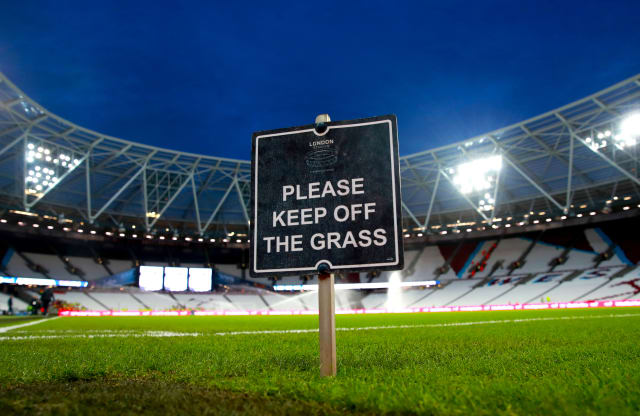 The Premier League will restart on June 17 with a view to completing the remaining 92 matches of the 2019-20 season.

The first matches back will be Aston Villa v Sheffield United and Manchester City v Arsenal, which would complete the 29th round of fixtures. A full set of fixtures would then take place across the weekend of June 19-21. Matchday protocols were unanimously agreed on Thursday.

All games are due to be behind closed doors and televised by Sky, BT, the BBC and Amazon, thanks to a new broadcast agreement. Liverpool’s away game against Manchester City is the last remaining game which could be held at a neutral venue but fan groups have requested input in the final verdict.

The FA Cup quarter-finals have been rearranged for the weekend of June 27-28, with the semi-finals on July 17-18 and the Wembley final set for August 1.

The Sky Bet Championship will return on June 20 but Leagues One and Two ended their season early, like Scottish football – although both divisions will hold the play-offs.

England’s delayed three-Test series against the West Indies is all set to go ahead behind closed doors next month.

The first Test will take place at Hampshire’s Ageas Bowl on July 8, followed by two Tests at Old Trafford beginning on July 16 and July 24. The West Indies team arrived in England earlier this week and will be based at Old Trafford for quarantine and training.

Detailed plans have been drawn up to create ‘bio-secure’ environments around each Test, with the venues identified as the safest for hosting because of their on-site hotels. Ireland are expected for three ODIs in July, while Pakistan have already named a squad for their tour in August and September.

The Gallagher Premiership hopes to resume the 2019-20 season on August 15. There have been no matches played since March but clubs have now resumed non-contract training.

There is a possible threat of future strike action, though, after clubs unanimously agreed a reduction of £1.4million to the salary cap.

Scotland’s professional rugby players are scheduled to return to training on June 22. Glasgow and Edinburgh players will start back on that date if the Scottish Government has moved into its second phase of easing lockdown, with a review planned for June 18.

The paused Six Nations is due to resume in October and conclude on the 31st, with the autumn internationals still slated for November.

The Rugby Football League has confirmed a limited number of stadiums will be used when Super League returns.

Super League clubs have worked up three different models to get the season going again, all of which feature an August 16 start date, and a restart group comprising RFL and Super League Europe executives has met this week.

The versions under consideration make room for 22, 24 or 28 rounds of fixtures to be completed, culminating in grand finals in November, December or January.

The PGA tour resumed on Thursday, with the world’s top five players heading a strong field at the Charles Schwab Challenge in Fort Worth.

The European Tour has announced plans for a six-tournament ‘UK Swing’ behind closed doors, starting on July 22 with the British Masters and continuing through to the UK Championship at the end of August.

The US Open at Winged Foot is listed for September 17-20 but the following week’s Ryder Cup at Whistling Straits remains shrouded in doubt, with a growing belief that the event will fall if no fans are permitted.

The Evian Championship – which was to be the Ladies’ Professional Golf Association’s first major of the year – has been cancelled. It was scheduled to take place between August 6-9 at the Evian Resort Golf Club in France.

Jamie Murray has helped organise a six-day tournament called ‘Schroders Battle of the Brits’ to fill the gap left by the suspension of both the ATP and WTA tours.

The Lawn Tennis Association will run a ‘British Tour’ of four events from July 3-26 and organisers at Roland Garros hold out hope of the French Open taking place in front of some form of live crowd between September 20 and October 4. The US Open is still scheduled to start on August 31 in New York but faces increasing scepticism as the timetable begins to get tighter.

It has been announced that there will be no races in Azerbaijan, Singapore or Japan as a result of logistical difficulties related to the pandemic but F1 has had plenty of interest from potential new locations and hopes to reach between 15 and 18 grands prix in 2020.