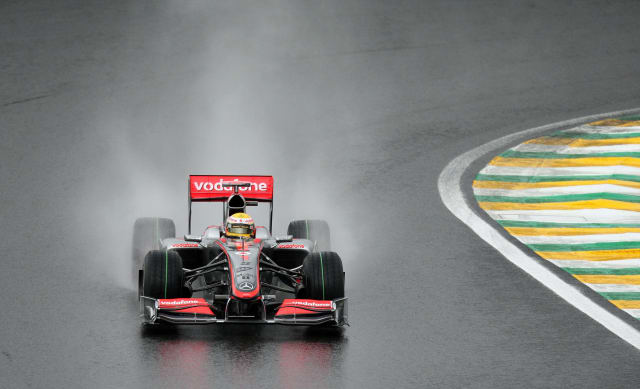 Formula One has removed races in Azerbaijan, Singapore and Japan from its 2020 schedule and India have scrapped plans to tour Sri Lanka and Zimbabwe as the sporting calendar continues to be reshaped by the effects of coronavirus.

F1 is gearing up for a return next month in Austria but, while hopes are high for a 2020 season comprising between 15 and 18 races, three venues have been deemed unviable in the current circumstances.

Street circuits in Baku and Singapore provide too many logistical problems, while the Japanese government’s travel guidance makes a trip to Suzuka unworkable.

A statement read: “As a result of the ongoing challenges presented by Covid-19, we and our promoters in Azerbaijan, Singapore and Japan have taken the decision to cancel their races for the 2020 season.

“These decisions have been taken due to the different challenges our promoters face in those countries. In Singapore and Azerbaijan the long lead times required to construct street circuits made hosting the events during a period of uncertainty impossible and in Japan, ongoing travel restrictions also led to the decision not to proceed with the race.”

F1 remains hopeful of filling the gaps, adding: “We have made significant progress with existing and new promoters on the revised calendar and have been particularly encouraged by the interest that has been shown by new venues in hosting a Formula One race during the 2020 season.”

The gentle progress towards repopulating international cricket’s fixture list suffered a setback with India’s announcement that their next two planned tours would be put on ice “owing to the current threat of Covid-19”.

With the West Indies currently in England preparing for the first ‘bio-secure’ Test series next month and positive signs in Australia and New Zealand, India’s decision represents a reminder of the challenges still present.

India were due to play three one-day internationals and three Twenty20s against Sri Lanka before three ODIs in Zimbabwe in August, but have decided conditions are not yet safe for their players to make a full return to group training.

The Board of Control for Cricket in India said in a statement: “The BCCI will conduct a camp for its contracted players only when it is completely safe to train outdoors.

“The BCCI is determined to take steps towards the resumption of international and domestic cricket, but it will not rush into any decision that will jeopardise the efforts put in by the Central and State governments and several other respective agencies in containing the spread of the coronavirus.”

In better news, Pakistan have further underlined their intention to follow the West Indies’ lead by touring England in August and September. The Pakistan Cricket Board has announced a 29-man squad for the trip, which does not yet have confirmed venues or dates.

Only one player, batsman Haris Sohail, has decided to withdraw on grounds of health concerns.

In football, Liverpool supporters’ group the Spirit of Shankly has asked for input into the decision on where next month’s match against Manchester City should be played.

The fixture on July 2 is the only Premier League match in the rearranged run-in to be without a confirmed venue. Manchester City Council’s safety advisory group will decide whether the Etihad Stadium can be used for the match, and SoS says it is vital fans are given a voice in the discussions.

The group tweeted: “The venue for just one PL game – Man City v Liverpool – is yet to be confirmed. SOS and @1894group_mcfc believe this should be played at the Etihad.

“We’ve asked for fan input into the police/safety advisory meeting on this fixture.”

The PA news agency understands a minute’s silence will take place in memory of the UK’s coronavirus victims at the matches on Wednesday, plus the games to follow on the weekend of June 19-22.

Teams will also have patches in support of the NHS sewn into their shirts as a mark of appreciation for the efforts of health and care workers during the pandemic.