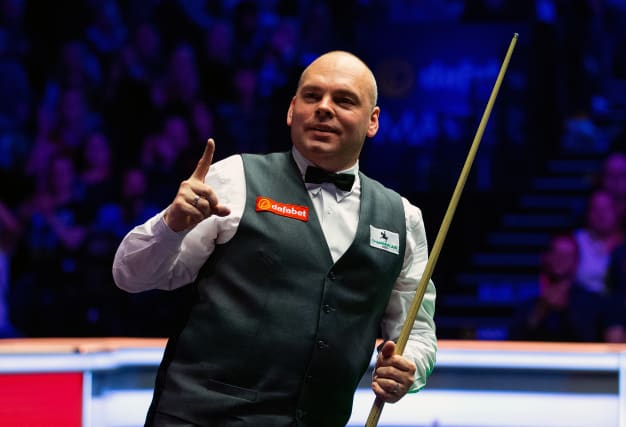 Twenty years after shocking reigning world champion Stephen Hendry on his Crucible debut, Stuart Bingham insists he remains as hungry as ever to reclaim his own place at the top of the sport.

Bingham’s own moment of Crucible glory arrived in 2015 when he won the world title, and victory at this year’s pre-lockdown Masters in January served as a timely reminder that the 44-year-old remains a significant threat.

Regarded for his deep love of the game, Bingham battled to the final four of this year’s Championship League in Milton Keynes, which was due to be concluded behind closed doors on Thursday.

And he admitted that 10-7 win over Hendry in the Crucible first round in 2000 was the springboard for a career which has continued to gradually gain in momentum over the two subsequent decades.

Bingham, who was beaten 3-0 in his Championship League opener by Luca Brecel on Thursday, told the PA news agency: “Back then I was young and naive and I felt like I could conquer the world.

“Then you realise there’s Ronnie and John Higgins and Mark Williams all in the mix. It took a while to sink in that it’s tough out there.

“I remember beating Hendry and looking back I thought I could do something. I’ve always had that belief and coming into the 2015 World Championships I knew my game was there.”

Bingham’s win at this year’s Masters might have marked him out as a resurgent threat for this ultimately aborted season, but the Basildon-born player typically shrugged off suggestions of an opportunity missed.

“Winning the Masters was brilliant but I went to the next tournament in Gibraltar and didn’t do very well there,” added Bingham. “Take the Masters out, and this season had been pretty poor.

“Maybe the belief was going a little bit, but to get another triple crown event has definitely re-energised my belief and hopefully now I can add the UK title and maybe another worlds.”

With Bingham not qualified for the Coral Tour finals later this month, he will switch his attention to the World Championships which are currently scheduled to take place behind closed doors at Sheffield’s Crucible in August.

“Until we get there we don’t know what it’s going to be like but I’m sure it’ll still have that special buzz,” said Bingham.

“But it’ll be a different tournament with no crowds. Hopefully we’ve got a few weeks yet and they might lift (the restrictions)  – even having half the crowd in there would give it some sort of atmosphere.”