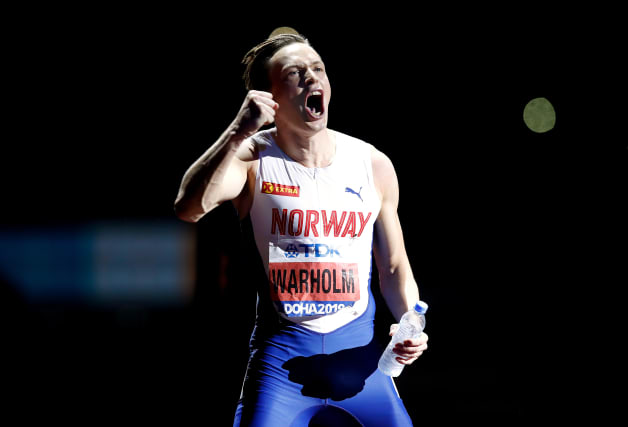 Warholm, the two-time 400m hurdles world champion, proved equally adept over the rarely-contested shorter distance, storming home in his solo attempt in a time of 33.78.

Warholm’s time eclipsed by almost three-quarters of a second the time of 34.48 seconds set by Rawlinson in Sheffield in 2002.

The Games, set up as a Diamond League exhibition to replace the Bislett Games due to coronavirus restrictions, also included a pole vault competition in which world record holder Armand Duplantis, who was in the stadium, cleared 5.86 metres to beat Renaud Lavillenie, who was competing via video link from his garden in France.

In another event, a Norwegian team including the Ingebrigtsen brothers won a 2000m race against a Kenyan team including Timothy Cheruiyot, who were racing simultaneously in the rain of Nairobi.