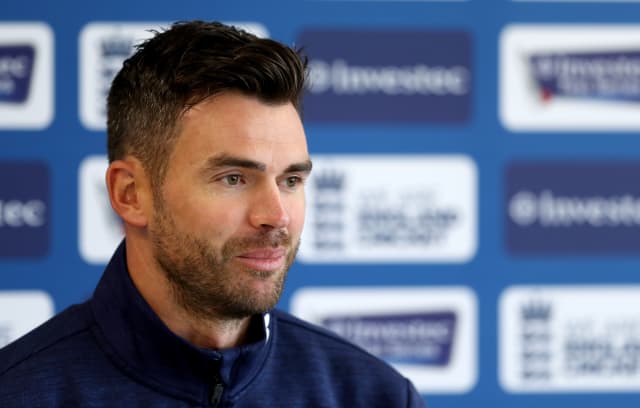 James Anderson has called for English cricket to examine its record on race and inclusivity after wondering if he had “turned a blind eye” in the past.

With the Black Lives Matter movement gaining traction across the world following the killing of American citizen George Floyd in Minneapolis, Anderson has engaged in a period of reflection on his own sport and concludes that more needs to be done.

West Indies captain Jason Holder suggested this week that his team would discuss the possibility of taking a knee during next month’s Test series against England, and Anderson is open to his side showing solidarity with a gesture of their own.

“We will have conversations about what we can do as players to make a stand, definitely,” he said.

“Absolutely, I expect that to be a conversation we have.”

And while that is a visible short-term measure, he also advocates a wider assessment of how welcoming the game is to minorities in 2020.

Former England opener Michael Carberry opened up about his bitter experiences this week, telling the Cricket Badger podcast “cricket is rife with racism” and “black people are not important to the structure of English cricket”.

Citing ESPNcricinfo research that there was just one UK-born, state-educated black cricketer involved in the first-class game in 2019, Anderson said: “I saw the stat, that there’s only one black player who’s come through the state system in county cricket and that’s just not OK.

“As a game we need to actively make this game for everyone. It can’t keep going the way it is. It’s just not OK.”

Anderson said he could not recall being party to any racist incidents in his own playing days but is open to the idea that he may not have been looking hard enough.

“As players and as a game we need to be more active,” he said.

“It made me think ‘have I experienced racism on a cricket field?’ and I couldn’t remember any instances – I wasn’t there in New Zealand when Jofra (Archer) was racially abused (by a fan). That made me think ‘have I turned a blind eye to things?’ I’d try to support my team-mates if they did suffer any sort of abuse but have I been active in supporting them?

“It’s been a very thought provoking few weeks for everyone. Is there more I can do as a player to help the situation?” he said.

Meanwhile, Arsenal manager Mikel Arteta has spoken of his pride in the Gunners following their show of support for BLM during Wednesday’s friendly with Brentford.

Players took a knee before kick-off and wore T-shirts with a variety of messages on them, such as ‘I can’t breathe’, ‘My skin is not a crime’ and ‘I’m not black but I stand with you’.

Arteta said on Sky Sports’ Football Show: “The thing that I like most is that it came from them.

“I got a phone call from the captain asking to do that, I spoke with the club straight away and we were very clear that we wanted to support their intentions, everyone collaborated, we created the shirt.

“It was a really strong message and it is more powerful because it comes from them. They think they have to support these types of causes.”

Brighton boss Graham Potter, whose side face Arteta’s Arsenal on June 20, spoke of his own desire to learn about the issue of discrimination.

“Our stance as a club is that we are totally against racism in all its forms. From a group of players, we want to talk about it and understand the situation in a deeper way,” he said.

“It’s not something that is easy for me to speak about because I’m white and I haven’t experienced racism. But I need to understand more, and read more, and educate myself more as to why it is a disadvantage in this country, if you look at most socio-economic areas, to be black.”