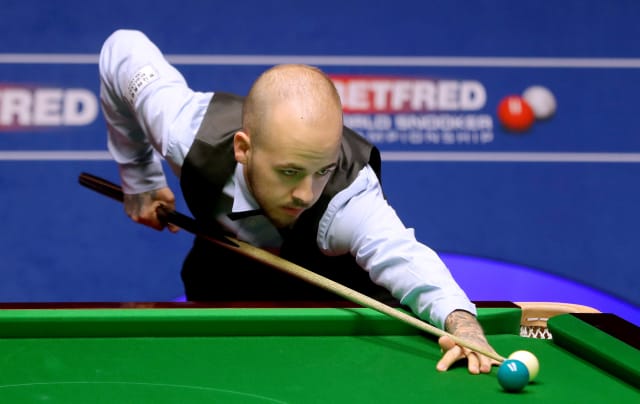 Luca Brecel has won snooker’s Championship League after securing the 2-2 draw he required against Ben Woollaston in the final match of the tournament on Thursday night.

The Belgian 29-year-old produced a break of 111 to clinch the title after Woollaston had reeled off two consecutive centuries of his own to give him hope of a first professional title.

Brecel had started the day with two centuries in a 3-0 win over Stuart Bingham, before a 2-2 tie with Ryan Day. His second tie against Woollaston saw him finish on top of the four-player group.

Brecel’s success in the behind-closed-doors event in Milton Keynes earned him £20,000 and a place in the prestigious Champion of Champions tournament later in the season.

The Championship League was played under strict social distancing rules with all players required to undertake coronavirus tests and remain on site for the 11-day duration of the tournament.

Bingham had begun the final day as favourite but despite rallying from his loss to Brecel by beating Woollaston in his second match, a draw against Day ruled him out of the running.

Having not qualified for the Coral Tour finals which will also take place in Milton Keynes this month, Bingham will now turn his attention to the World Championships at the end of July.

The tournament is currently scheduled to be played behind closed doors at the Crucible but Bingham, the 2015 world champion, is hopeful there is still time for circumstances to change.

Bingham told the PA news agency: “Until we get there we don’t know what it’s going to be like but I’m sure it’ll still have that special buzz.

“But it’ll be a different tournament with no crowds. Hopefully we’ve got a few weeks yet and they might lift (the restrictions) – even having half the crowd in there would give it some sort of atmosphere.”