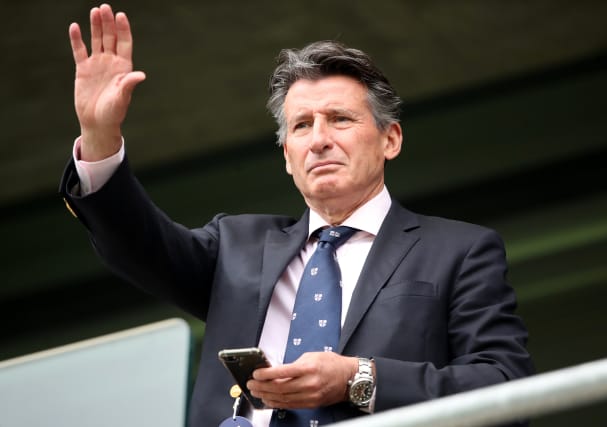 Lord Coe will join the International Olympic Committee Session next month provided he submits proof that he no longer has a conflict of interest.

The double Olympic champion has previously been barred from joining because of his role as chairman of CSM Sport & Entertainment, a global branding agency which works with a number of sports stars and firms with links to the Olympics.

Coe has been president of World Athletics since 2015, a position which would normally have seen him join the IOC Session.

After confirming Coe was among five new nominees, IOC president Thomas Bach said: “What has changed is that Seb Coe has committed himself to change his status within the company he is currently running as managing director to a passive position.

“The necessary documentation will be provided to the IOC Ethics Commission by July 1.

“The EB (executive board) has full confidence in our friend Seb Coe. They have decided to put the candidature forward subject to the delivery of such documentation, with which the concerns of the Ethics Commission would be gone.”

Meanwhile, the IOC has outlined plans to “simplify” next year’s rearranged Tokyo Games in a bid to reduce costs and help with organisational and safety aspects amid the coronavirus pandemic.

Areas such as service levels, test events, venues and activities will be reviewed to determine what is necessary.

An IOC statement read: “Work has also started on looking at opportunities to optimise and streamline the Games’ scope and service levels, in order to reduce the impacts that have been caused by the postponement.

“The positioning and principles put the athletes and sport at the centre of the plans for Tokyo 2020, and address the desire to simplify and optimise Games preparations and delivery.”

The same principles will guide long-term planning for the Paris 2024 event. The overall athlete quota will be reduced to 10,500, new events will only be allowed if there are existing venues and gender equal participation will be sough across the Games and for each event if possible.