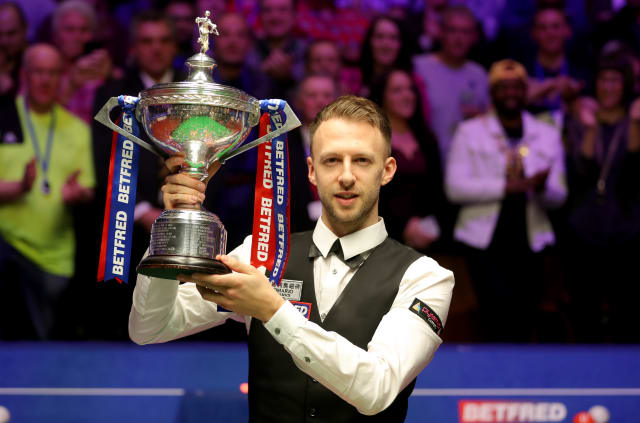 Judd Trump would have no problem with the World Championship taking place behind closed doors as he revealed he would be satisfied with defending his title “in a car park somewhere”.

The world number one has returned to the baize in the Championship League, where there are no spectators because of the stringent protocols behind snooker’s resumption amid the coronavirus pandemic.

Hushed silences are a common theme in snooker, interrupted intermittently by occasional cheers and more general applause, and it is for that reason why Trump feels there is little difference in the ‘new normal’.

If that extends into the defence of the title he won last year at the Crucible, which has been rescheduled to take place between July 31 and August 16, then so be it.

“I’d be happy to defend it in a car park somewhere,” Trump said. “I don’t really care. As long as it’s on, it doesn’t really matter where it is.

“It’s the same for all the players, we’re just happy to be out there playing. It doesn’t really matter what’s going on, we’re just here in our little zone in this tournament and it’s just good for everyone involved.

“There’s not a real difference playing with a crowd, it doesn’t make too much difference for anyone.

“I think this could work for every tournament. Snooker doesn’t necessarily need to have a crowd in every single tournament and it works on TV, it looks good on TV.”

The lack of spectators is most noticeable once someone has successfully made a long pot or played a particularly good snooker.

But Trump added: “You just don’t notice those kinds of things.

“The only way you do is if your concentration’s not great but when you’re in amongst the balls and potting balls, to be honest I just completely forget that there normally is a crowd there.”

Trump lost his first match of the day in Milton Keynes, going down 3-0 to Ryan Day.