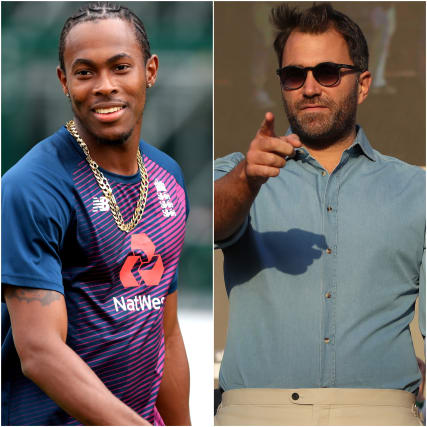 Here, the PA news agency looks at some of the best examples from June 10.

Chelsea donated the £100,000 prize money they claimed for winning the FA Women’s Super League title to Refuge, a charity which provides specialist services to survivors of domestic abuse.

Boss Emma Hayes told Chelsea’s official website: “It’s a charity that’s close to the hearts and minds of the Women’s team, and is very important to our owner Mr Abramovich and everyone at the club.

“It makes me proud our club is supporting those less fortunate in times of need.

“Up until now our involvement was about supporting the campaign publicly with a call to action but we all wanted to do more than that and if donating our prize money can ease some of the concerns and worries people have then it’s the least we can do.”

The Tottenham Hotspur Stadium will still be available to the NHS even when football returns.

North Middlesex University Hospital has used the stadium for Covid-19 drive-through testing and the relocation of its Women’s Outpatient Services since April.

And despite the away changing room, emergency medical room, official’s room, doping control and medical welfare rooms now needed for football, the NHS services will now be relocated to other appropriate areas.

Tottenham chairman Daniel Levy told the club’s official website: “We are delighted that, with the imminent return of Premier League football, we have been able to ensure that the vital NHS work can continue to be housed at our stadium during the fight against COVID-19.

“We have been overwhelmed by the response we have received from hospital staff and patients who have been using our stadium facilities in recent months and how much they have enjoyed being at our home during such a challenging time.”

Rashford’s team-mate Jesse Lingard played his part in revealing that Manchester would be the training base for England and Australia at the 2021 Rugby League World Cup.

Manchester City striker Sergio Aguero was training ahead of his club’s return to action in seven days.

Brighton defender Shane Duffy had no sympathy for a fan who had his name tattooed as a forfeit for a terrible Fantasy Premier League Gameweek.

Is that a Premier League title Liverpool midfielder Georginio Wijnaldum can see?

England paceman Jofra Archer was back to terrorising batsmen.

Justin Rose was putting the hours in ahead of the PGA Tour’s return this week.

America’s Justin Thomas was also excited to return to competitive action on Thursday.

Luke Poulter could follow in his father Ian’s footsteps after sitting second in a junior golf tournament after the first round.

Wigan team-mates Jackson Hastings and Zak Hardaker were driving each other on.