West Indies arrive in Manchester ahead of three-Test tour 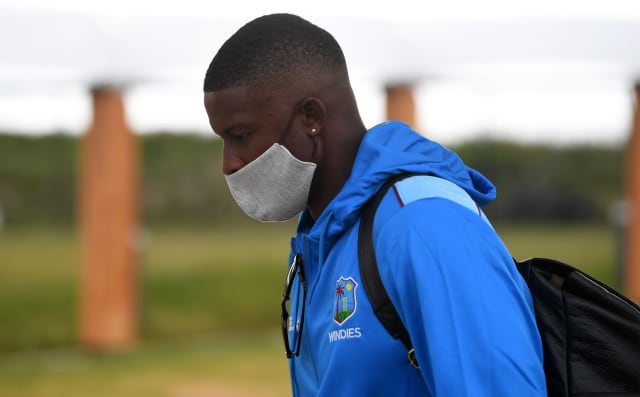 The West Indies squad have arrived in Manchester ahead of their three-Test tour of England.

Every member of the 39-strong touring party, including 25 players, tested negative for Covid-19 before they set off on a charter flight to Manchester Airport.

They were each due to be tested again at their new base at Emirates Old Trafford, where they will live and train in a ‘bio-secure’ environment for the vast majority of their seven-week stay.

A West Indies Cricket statement said: “The bio-secure protocols will restrict movement in and out of the venues, so a group of reserve players will travel to train and help prepare the Test squad and ensure replacements are available in case of any injury.”

The first Test will take place at the Ageas Bowl in Southampton on July 8 before, in a departure from tradition, two Tests are played at one venue – Old Trafford.

Captain Jason Holder told the West Indies Cricket website: “This is a huge step forward in cricket and in sports in general as we travel over to England for this series.

“A lot has gone into the preparations for what will be a new phase in the game.

“I’m happy for the support and well-wishes we have been receiving from our loyal and dedicated fans once it was confirmed the tour would go ahead. This has been a source of great inspiration.”