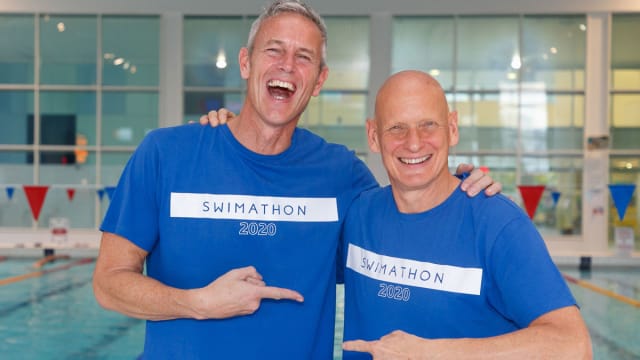 Former world champion Mark Foster believes elite swimmers could use their enforced absence from the pool as a positive to “step outside their bubble” and reset their training.

While other athletes have been able to run or practise individually at least, the ongoing closure of pools has presented swimmers with major challenges.

They also lost their main focus for the year when the Olympics were put back to the summer of 2021.

Six-time world champion Foster,  told the PA news agency: “It might sound stupid but every year you have a major meet and you are on this hamster wheel. For some this is, not a year out when kids finish school and wait to go to university, but it’s a little bit like that.

“They have a forced break and sometimes a break for your body when you are an elite athlete, who push their bodies to the extreme, for a few people it may be a way of stepping outside their bubble and trying some things a little bit differently.

“You can look at the world in a positive way or a negative way, look at in terms of what you can do rather than what you can’t do. It has changed for everyone.

“When you hit a bump and you can’t do something it’s not nice because you feel you are losing fitness. I had lots of niggles throughout my career and ultimately I had a weakness there so I could heal whatever was wrong and you can look at areas of training and do things better.

“Pools are closed but people can go to the coast and swim in the sea.”

The 50-year-old, who was helping announce Swimathon Foundation relief fund packages, added: “People will have done what they are able to do. Some of the elite swimmers, like Adam Peaty, Ben Proud, Anna Hopkin, had endless pools delivered to their back gardens through sponsors.

“That would have enabled them to keep water-fit, because it’s one thing being land-fit but another thing being water-fit.

“Some won’t have been able to do that so the British Swimming coaches will have spoken to the athletes and kept them fit as possible.

“Any swimmer that was looking to the Olympics, that’s the pinnacle of the sport. Will a year make a difference? Yes, but in terms of some a year will have made a better difference because they will be stronger and a little bit older for some of the younger swimmers. For other ones that are hanging on at the end, maybe a year will be too far.

“But the Olympics is the Olympics, people want to go. The date has changed and people will do whatever they have to do to put themselves in the best possible position come next year.”

The Swimathon Foundation has awarded £50,000 in grants to more than 100 small swimming and aquatics organisations in the UK who have been impacted by the pandemic.

Foster said: “I have been involved in Zoom calls for quizzes and chats with different clubs to keep the kids engaged and try to keep them motivated. The foundation has stepped up to do their bit to help clubs through this period.”

:: Swimathon has raised more than £50 million for charities since it started 33 years ago. For more information about The Swimathon Foundation, visit www.swimathonfoundation.org.