It is crucial people from BAME background get opportunities – Gareth Southgate 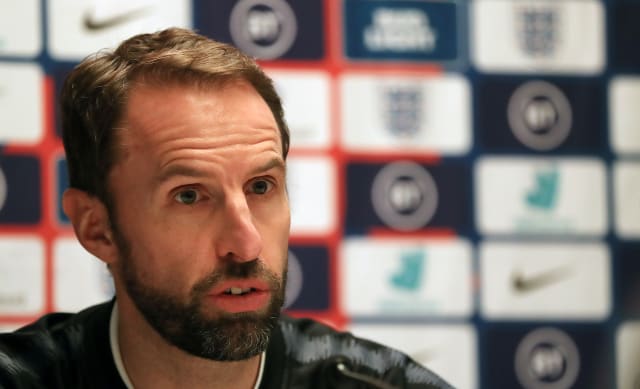 England manager Gareth Southgate says people from black, Asian and ethnic minorities have to be able to believe they can get opportunities in the game.

Protests following the death of American George Floyd, who was killed by a police officer, have focused attention to the broader issue of racism across society.

A number of people have spoken out about the lack of opportunities in football for people from a BAME background, with Raheem Sterling a leading voice, citing how easy it has been for Frank Lampard and Steven Gerrard to get top management jobs ahead of Sol Campbell and Ashley Cole.

Former England international Jermain Defoe also questioned whether it was worth him even doing his coaching badges and Southgate has said that is something that the Football Association has to change.

“We lack that representation,” he said. “The biggest crime for us in any area if we’re adults looking at kids, is if they sit and think that a path in life isn’t possible. And is not accessible.

“I heard Jermain Defoe talking a few days ago saying, ‘Is it worth me taking my qualifications?’. That’s what we have to avoid.

“We have to avoid the feeling that you can’t achieve something because that stops some people going for it. We then have to make sure the opportunity is there when people are qualified and capable.

“And then of course they then have to grasp that opportunity and do well and if they can do well they’ll role model what’s possible to the next generation.

“We are the ones who have to be educated and I have been fascinated, I have been sat with with my kids most evenings and discussed what has gone on around the world and watched various films, read various articles because the more knowledge we have the better.”

Southgate admitted he was given his first job in management at Middlesbrough without being qualified.

He said: “I know that I got an opportunity at Middlesbrough when I wasn’t qualified. That came because I had worked at the club and the owner knew me.

“But I couldn’t say that opportunity would have been there for somebody else.

“And I think we are all very conscious of it – the power of what is happening at the moment is that right across the world, people are standing together and these observations and these deeper seated issues, rather than the horrendous incident that we saw that has triggered all of this and is completely beyond belief, but it’s rightly leading to the broader debate on opportunity, privilege.”

While accepting greater action is required Southgate did point to a number of FA initiatives that give BAME people more opportunity and highlighted highly-rated coach Justin Cochrane.

“There are on-going schemes … I’m not a massive lover of initiatives because I don’t always think that they deliver ultimately what is required,” Southgate said. “I think you need more forceful change.

“But I think there have been initiatives in the last four or five years that are starting to make a difference.

“We have some very good young black coaches coming through our development teams, Justin Cochrane is somebody who I think, within our group of national coaches, he is going to be a top coach.

“We also shouldn’t look just at the ex-players or high-profile players.

“Because as we know, so many of the top managers haven’t been top top international players and that route must also be open to black coaches that haven’t played at the highest level.

“There will be some super bright lads out there who have come through universities, they might take the route that a Graham Potter or somebody has gone, by going back into university. So we’ve got to make sure that all of those pathways are open.”

Along with Sterling and Defoe, Kick It Out’s Troy Townsend, Sport England board member Chris Grant and broadcaster David Olusoga have been vocal on the subject.

Southgate says it has been uncomfortable to listen, but is a conversation that needs to be heard.

“People have spoken brilliantly over the last week, people I have had the good fortune to meet and work with, people like Troy Townsend, people like Chris Grant, people like David Olusoga, there are some really powerful messages and a lot of those will be uncomfortable for white people in particular, but they are critical voices to be heard.

“I do feel there is a moment for change but I’m also conscious that we’ve kind of been here before.

“And the other people who have seen their parents and grandparents live through it, who just aren’t prepared to accept [it] and rightly so.”