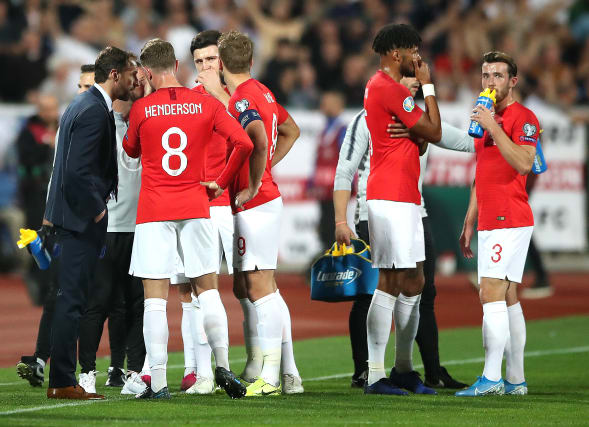 England boss Gareth Southgate has hinted his side would walk off the pitch if they were subject to racist abuse again, saying fans should not get two or three free hits.

England’s black players have suffered sickening abuse in Euro 2020 qualifiers in Montenegro and Bulgaria over the last 14 months, with Danny Rose, Raheem Sterling, Callum Hudson-Odoi and Tyrone Mings among those targeted.

The game in Sofia was subjected to several stoppages as per UEFA protocols before England eventually decided to play on, but Southgate has said they would not be so forgiving next time.

“I think players would feel we don’t want to go through an experience again where people get one or two chances to have a go at us before we are able to take action,” he said.

“I think every situation is unique. I don’t see going through a situation like we did in Bulgaria again in the same way – the group will have moved on and their level of tolerance for something like that would be different.

“On that night, by following the process we did, we still made a huge statement across the world – that is going to have less impact if we are put in that position again.

“I can only reiterate that by that stage, in my view, we’ve gone too far anyway. We should not be experiencing that situation in the ground, full stop.

“I’m loathe to comment on walking off abroad because again there is a perception there that I am shifting the problem to somebody else’s doorstep when, quite clearly, we’ve got to sort our own country and our own game out.”

Southgate has admitted that they were caught off-guard in Montenegro and were unsure of how to react, but they played on in Bulgaria after a half-time dressing room discussion.

The England boss says it should not be the players who are forced to make such important calls.

He added: “I can only add that having been in that leadership position that night, that’s an incredibly complex environment to be in and you are fully aware of all of the balances … wanting to make a strong stand, wanting to support your players, not wanting to be seen as a hero for doing something that might not have been necessary,not just wanting to be centre stage for the wrong reasons.

“In a game where it might be closer, more intense, I think for all the onus to be on the coaches, the players and the referee is incredibly difficult. People outside of that who are officiating the game, running the game, have got to be at the forefront of what happens.”