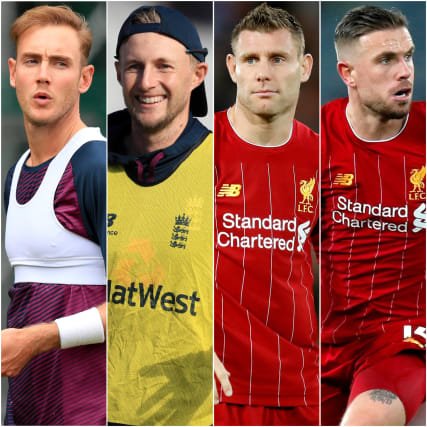 Here, the PA news agency looks at some of the best examples from June 9.

Liverpool captain Jordan Henderson, who is set to lift their first Premier League title, is looking forward to more success nine years to the day since he joined the club.

His team-mate James Milner had a slightly different take on Henderson’s arrival at Anfield.

Cristiano Ronaldo was reliving skippering Portugal to glory in the inaugural Nations League a year ago today.

Derby midfielder Wayne Rooney continued his preparations for a return to action.

Stuart Broad enjoyed the opportunity to bowl at his England Test captain Joe Root in training at Trent Bridge.

Kevin Pietersen is keeping himself busy with a variety of sports, hopping from the bike to the course.

Pietersen had been in the saddle alongside golfer Lee Westwood, who was feeling the pace.

World number one Michael van Gerwen was keeping in touch with his adoring fans.