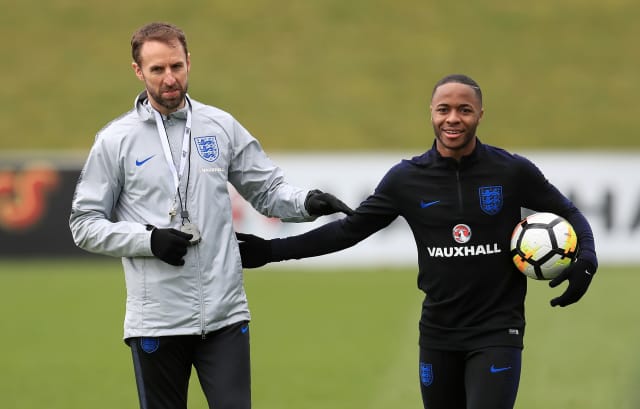 The last two weeks have seen campaigns gain momentum across the globe following the death of George Floyd, who was killed by a police officer in America.

A host of high-profile people in the world of sport have spoken out in support of the Black Lives Matter movement and Southgate thinks this could be a catalyst for change.

“It has triggered a reaction around the world,” the Three Lions boss, who has had to deal with racism after his team were targeted in Montenegro and Bulgaria, said on Sky Sports’ Football Show.

“I have been here before, we have spoken about moments that might change society, we have to hope that this does, it certainly does feel different when I look at the broader reaction.

“I haven’t spoken to my players about the incident last week, because I know where they stand on it. I know the players very well, I have had enough conversations with them to know they would be emotional, frustrated, angry, passionate.

“I know Troy [Townsend, head of development at Kick It Out] and Raheem (Sterling) used the word tired and I have a lot of empathy on where they stand with everything.”

Sterling has been one of the leading voices and in the midst of the coronavirus pandemic passionately said on Newsnight that the only virus was racism.

He also questioned the opportunities people from black, Asian and ethnic minority (BAME) backgrounds get at the top level of sport, citing how easy it has been for Frank Lampard and Steven Gerrard to get top management jobs ahead of Sol Campbell and Ashley Cole.

Sport England board member Chris Grant has also spoken of a “systemic problem” and Southgate says it is time to change.

“People have spoken brilliantly this week,” Southgate added. “Chris Grant is somebody who have I met a number of times. He lectured me in a couple of courses I went on about the institutional racism that he feels exists in sporting bodies.

“I think all of those areas are where we have got to focus our attention, opportunities, this feeling that Troy spoke about that people feel there aren’t the opportunities there, so young black people will refrain from taking qualifications or getting themselves prepared because they feel there is a ceiling to what is possible.

“And we need their voices in those decision-making areas and we need to show people that the opportunities do exist. That has got to be at every level of the game.”

Sterling pointed a finger at the long-running disparity between the number of high-profile BAME players and the dearth of those who go on to win significant managerial, coaching or administrative jobs.

“This is a time to speak on these subjects, speak on injustice, especially in my field,” said the England international.

“With these protests that are going on it’s all well and good just talking, but it’s time that we need to have conversations, to be able to spark debates. But at same time, it’s coming together and finding a solution to be able to spark change because we can talk as much as we want about changing and putting people, black people, in these positions that I do feel they should be in.

“I’ll give a perfect one. There’s Steven Gerrard, your Frank Lampards, you have your Sol Campbells and you have your Ashley Coles. All had great careers, all played for England. At the same time, they’ve all respectfully done their coaching badges to coach at the highest level and the two that haven’t been given the right opportunities are the two black former players.”

Sterling also feels there is a lack of representation in the game’s governance, suggesting a more diverse mix is needed in the corridors of power.

Asked what would represent success for the change movement, he said: “When there’s more black people in positions. When I can have someone from a black background for me to be able to go to in the FA with a problem I have within the club. These will be the times that I know that change is happening.”