Raheem Sterling: Football must change lack of black people in positions of power 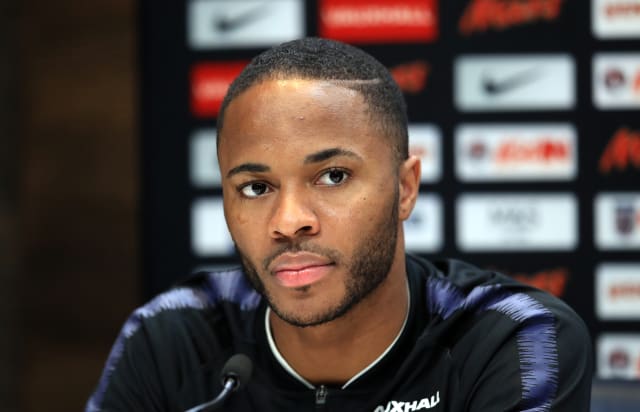 Raheem Sterling has called for English football to seize the moment and finally address its lack of black representation in positions of power.

The Manchester City and England forward made the comments during an appearance on the BBC’s flagship political programme, Newsnight, in the wake of anti-racism protests that have taken hold across the world.

Advance clips had shown the 25-year-old offering his support to those who have taken to the streets in the aftermath of civilian George Floyd’s death at the hands of police in the United States, but the full interview with Emily Maitlis saw him focus on matters closer at hand.

Reflecting on his own sport, Sterling pointed a finger at the long-running disparity between the number of high-profile BAME players and the dearth of those who go on to win significant managerial, coaching or administrative jobs.

Sterling cited the respective fortunes of Steven Gerrard and Frank Lampard, who have landed top roles at Rangers and Chelsea in the early stages of their management careers, as compared to equally experienced black players who have been compelled to start much lower down the ladder.

“This is a time to speak on these subjects, speak on injustice, especially in my field,” said Sterling.

“With these protests that are going on it’s all well and good just talking, but it’s time that we need to have conversations, to be able to spark debates. But at same time, it’s coming together and finding a solution to be able to spark change because we can talk as much as we want about changing and putting people, black people, in these positions that I do feel they should be in.

“I’ll give a perfect one. There’s Steven Gerrard, your Frank Lampards, you have your Sol Campbells and you have your Ashley Coles. All had great careers, all played for England. At the same time, they’ve all respectfully done their coaching badges to coach at the highest level and the two that haven’t been given the right opportunities are the two black former players.

“I feel like that’s what’s lacking here, it’s not just taking the knee, it is about giving people the chance they deserve.”

Sterling also feels the lack of representation in the game’s governance, suggesting a more diverse mix is needed in the corridors of power.

Asked what would represent success for the change movement, he said: “When there’s more black people in positions. When I can have someone from a black background for me to be able to go to in the FA with a problem I have within the club. These will be the times that I know that change is happening.”

Former Manchester United striker Dwight Yorke also bemoaned his struggles in the managerial market, revealing even a hand from Sir Alex Ferguson could not help him earn a shot at another of his old clubs.

He told beIN SPORTS: “I’ve applied for the (Aston) Villa job twice now. I get one response from the CEO and his response to me was I need experience.

“Where am I going to go and get experience if I’m not being given a chance? When I applied for the Villa job, I went into (Ferguson’s) office and told him exactly what I was trying to do.

“He gave me some experience, he told me what I needed to do and I picked his brain. At the same time, he picked the phone up and rang [Aston] Villa for me to give his recommendation. With his help, I still can’t get an interview. That is what we are facing.”

The Football Association launched a three-year placement scheme for aspiring BAME coaches in 2018, with Campbell among the initial intake, while earlier this year the retired duo of Liam Rosenior and Marvin Sordell joined the governing body’s Inclusion Advisory Board.

Sterling may not believe the symbolic gesture of sinking to one knee is enough on its own, but football’s anti-racism charity Kick It Out does believe a co-ordinated gesture when the Premier League returns later this month would be a powerful one.

Sanjay Bhandari, the organisation’s chair, told the PA news agency: “I think it’s at the point now where something should be organised – I would love to see every club doing something together, but it has to be completely up to the players.

“It would be a fantastic signal if every club took a knee before a game. You can’t shake hands before kick off, so maybe they could replace it with a new pre-match ritual. We’re having some conversations to see what the appetite is.”

Meanwhile, reigning Formula One champion Lewis Hamilton took to Instagram to praise protesters in Bristol for dumping a statue of slave trader Edward Colston in the harbour.

The Mercedes driver posted: “If those people hadn’t taken down that statue, honouring a racist slave trader, it would never have been removed.

“There’s talks of it going into a museum. That man’s statue should stay in the river just like the 20 thousand African souls who died on the journey here and thrown into the sea, with no burial or memorial. It should be replaced with a memorial for all those he sold, all those that lost their lives!”