Picture of the day – June 9 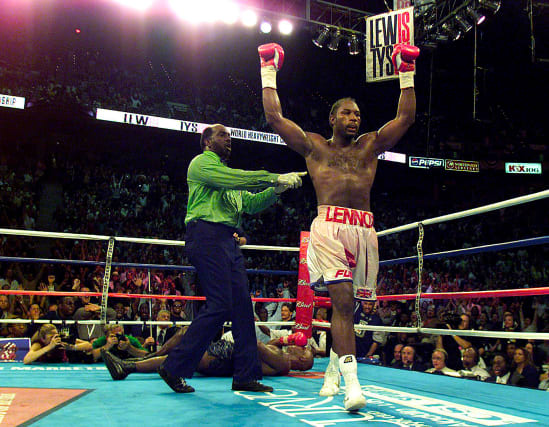 Lennox Lewis beat Mike Tyson with an eighth-round knockout on this day in 2002.

Victory at the Pyramid Stadium in Memphis saw Lewis retain his status as the undisputed WBC, IBF, IBO heavyweight champion.

The fight had originally been scheduled for Las Vegas, but Nevada refused Tyson a license after he sparked a brawl at a New York press conference to publicise the event, biting Lewis’ leg amid the scuffle.

Once the real fight got under way, Tyson started well and had the better of the opening round, getting in a powerful left hook to the jaw which left the Briton struggling. But the tide turned in the second round and Lewis inflicted a cut above his opponent’s right eye in the third, during which the American headbutted his opponent.

Tyson went down in the fourth round but it was ruled a slip and Lewis was penalised for a push.

Lewis eventually ended the bout in the eighth round with a heavy right-hander.

The bout was the highest-grossing event in pay-per-view history at the time, bringing in 106.9million US dollars.

Though Lewis retained his titles, within a month he would lose his IBF crown after declining to face mandatory challenger Chris Byrd.