Merseyside derby venue decision to be taken on Wednesday 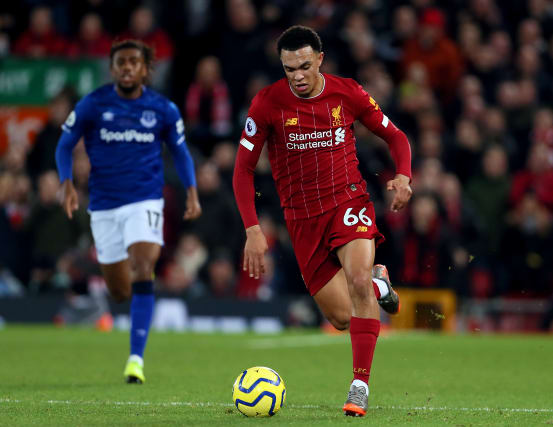 A decision on whether the Merseyside derby on June 21 can be safely played at Goodison Park will not be taken until Wednesday.

The PA news agency understands the relevant documents were not received until last Friday and the members of Liverpool City Council’s safety advisory group, who had originally been due to meet on Monday, need more time to read them.

The derby was one of only two games in the initial rounds of Premier League fixtures published on Friday to have ‘venue TBC’ at the side of it, with all other games in the restart having been given the go-ahead to be played at the usual home venue.

The safety advisory group can only make a decision on Goodison’s suitability to host the fixture. If it decides it is not, the clubs and the Premier League must then look at a suitable neutral venue.

Everton are understood to be happy to host the fixture, where local rivals Liverpool could wrap up the title with a win, if closest challengers Manchester City lose to Arsenal on June 17.

The other match still to be confirmed is Manchester City’s game against Liverpool on July 2.

The derby had been on a list of fixtures which the UK’s football policing lead, Deputy Chief Constable Mark Roberts of South Yorkshire Police, said local forces had requested to be played at a neutral venue due to public health fears amid the coronavirus pandemic.

Merseyside Police appeared to contradict DCC Roberts by saying they were happy to police matches in Liverpool.

The Reds can secure the title with six more points irrespective of what City do, which means they could wrap up the title at Anfield against Crystal Palace on Wednesday, June 24.

Joe Anderson, the mayor of Liverpool, would now be in favour of the Merseyside derby taking place at Everton later this month.

While he is adamant that the general public should stay away from venues, he has withdrawn his complaint at the two Merseyside grounds staging fixtures.

“We are in a better place than we were four weeks ago and we’ve been able to convey why it’s so important nobody congregates outside or near grounds,” he told The Athletic.

“We have had the opportunity since then to speak to fans and the clubs have done their part and got the message across that the supporters need to stay away. Both clubs have made it clear. (Liverpool manager) Jurgen Klopp has made it clear.

“So I would have no objection to the games being played at our clubs’ home grounds, both the derby at Goodison and Liverpool’s games at Anfield.”

Data from Public Health England last week indicated the ‘R’ rate of infection in the north-west was fractionally above one, the point at which the virus takes off again.

The Government has indicated certain regions could be locked down if transmission rates are elevated but Anderson is hopeful about the issue.

“The Government only moved towards the relaxing of lockdown when the R-rate dropped below one and the figures we’ve got is that it has climbed back above that in our city now,” he added.

“So that is clearly a big concern — but if people abide by what we are asking them to do, the games should be all right. We’ve had time to talk to the fan groups and they’ve helped get the message out, too. It can be done.”