Harlequins back reducing salary cap amid reports deal has been agreed 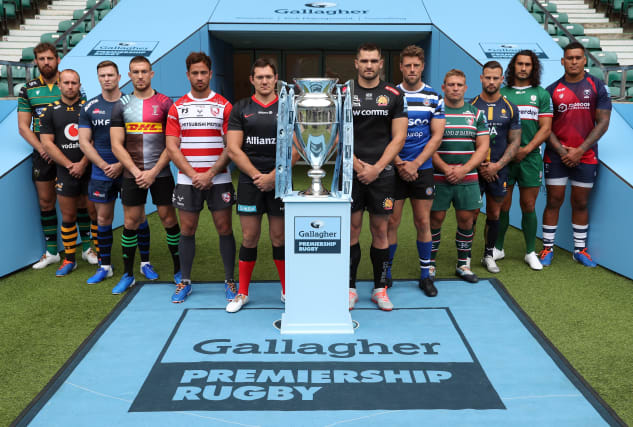 Harlequins have joined calls for a reduction in the Premiership salary cap amid reports a deal has been reached.

An increasing number of top-flight clubs have called for the current level of the cap to be reduced by as much as 25 per cent, as well as scrapping one or both of the ‘marquee players’ who are exempt from the rule.

Reports on Monday evening suggested Premiership clubs have unanimously agreed to cut the salary cap by £1million from the 2021-22 season.

The spending limit could reduce from £7m to £6m to help clubs with the losses incurred as a result of the coronavirus pandemic.

Harlequins chief executive Laurie Dalrymple said the enforced lockdown had laid bare the financial fragility of the sport but said it was important to introduce a potential reduction as part of a broader re-structuring.

Dalrymple said: “We knew before Covid that financially the structure of rugby is by and large fractured, it’s not working.

“There might be one or two clubs who are an exception but virtually all clubs are losing more money than they are bringing in.

“Something has to change, so we would be supportive of how the salary cap could change. I genuinely don’t think it should be the only discussion point, but it is a very important one.

“I think it has to be lowered in keeping with what’s then going to make the club sustainable, but we have to be cognisant of the fact that when we do get our sport operating commercially, then we have to raise it.”

Harlequins furloughed the majority of their staff in the early stages of the lockdown but Dalrymple still estimates the club could finish the year up to 50 per cent down in terms of their projected revenues.

He added: “It’s incredibly difficult for us at the moment. We haven’t entirely switched off our revenue streams.. but it’s a huge amount of pressure on us.

“It’s going to take us probably longer than we thought to come through this, and it’s going to be a long road ahead to get anywhere near the level of financial and commercial income that we had, on a financial programme that was already fairly fragile before the pandemic.”

Harlequins are one of the first Premiership clubs to return to training this week. As they are at stage one of the process, training will be carried out in small groups and will be non-contact.

But the club confirmed that five players have currently chosen to opt out of a return, for a variety of reasons including logistical considerations and health concerns.