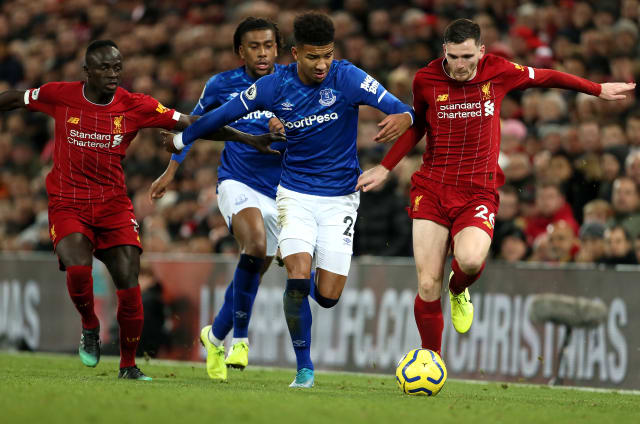 A decision on whether the Merseyside derby on June 21 can be safely played at Goodison Park will not be taken until Wednesday while the EFL gets ready for a crunch vote.

The PA news agency understands members of Liverpool City Council’s safety advisory group, who had originally been due to meet on Monday, need more time to read the relevant documents after not receiving them until Friday.

The derby was one of only two games in the initial rounds of Premier League fixtures published on Friday to have ‘venue TBC’ listed, with all other games having been given the go-ahead to be played at the usual home venue.

The safety advisory group can only make a decision on Goodison’s suitability to host the fixture. If it decides it is not, the clubs and the Premier League must then look at a suitable neutral venue.

Everton are understood to be happy to host the fixture, where local rivals Liverpool could wrap up the title with a win if closest challengers Manchester City lose to Arsenal on June 17.

Meanwhile, English Football League clubs will vote on the framework for ending the 2019-20 season on Tuesday, with the bottom two divisions then to vote on whether to cut the campaign short amid the coronavirus pandemic.

The EFL board has proposed a framework which would keep promotion and relegation, retain the four-team play-offs and decide the final league tables on an unweighted points-per-game basis.

Two alternatives have been proposed. Barnsley’s idea would see relegation scrapped in the event of a division being unable to finish, while Tranmere’s involves applying a margin for error to the points-per-game system.

The Sky Bet Championship and Premier League will resume behind-closed-doors and Brighton have offered season-ticket holders the chance to purchase their own cut-out to sit at the Amex for games.

They cost £20 and will be positioned in the upper tier of the East Stand.

The Super League will also move a step closer to returning this week with the first meeting of a Restart Group which will look at ways to stage games behind closed doors.