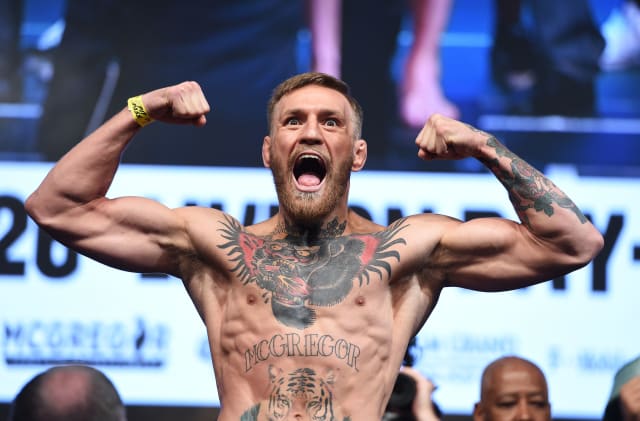 Conor McGregor declared he was “a bit bored by the game” as he announced his retirement from fighting for the third time in the space of the last four years.

The news is another headache for the UFC, coming hot on the heels of light-heavyweight champion Jon Jones and welterweight contender Jorge Masvidal expressing their displeasure with the organisation.

Here, the PA news agency takes a look at McGregor’s decision – and whether it will stand this time.

What has McGregor said?

Following the conclusion of UFC 250, the fifth event the company has staged behind closed doors because of coronavirus, McGregor wrote on Twitter: “Hey guys I’ve decided to retire from fighting. Thank you all for the amazing memories! What a ride it’s been!” He elaborated to ESPN: “I’m a bit bored of the game. I’m just not excited about the game. I don’t know if it’s no crowd. I don’t know what it is. There’s just no buzz for me.”

Given he has made similar statements of intent in 2016 and 2019, only to perform a swift u-turn on both occasions, his latest retirement should be taken with a pinch of salt. McGregor seemed to be back with a vengeance in January, explosively beating American veteran Donald ‘Cowboy’ Cerrone in just 40 seconds after a 15-month lay-off. There seemed to be few limits for the Irishman and bouts against a number of high-profile fighters were in the offing.

What’s changed since then?

The world. While the UFC is continuing to operate in the United States at a period of global uncertainty, president Dana White has intimated that pay packets would likely shrink because of the financial impact of the coronavirus pandemic. It is perhaps a scenario the biggest draw in mixed martial arts is not ready to entertain, and with no clue about who he will fight next or when, McGregor has decided to bring the curtain down on his fighting career.

How much of a blow is this to UFC?

McGregor, the former featherweight and lightweight champion and the first person to hold UFC titles in two divisions simultaneously, has been a headliner in the UFC’s three highest grossing pay-per-view shows and five of the top six. His crossover bout against boxing superstar Floyd Mayweather in August 2017 generated the second highest PPV buy rate in history. If McGregor sticks to his word and bows out, this is a huge setback for the UFC.

How has the UFC reacted?

McGregor’s decision adds to the UFC’s woes, with Jones indicating he would relinquish his light-heavyweight title and Masvidal demanding to be let go from his contract, both in an apparent dispute over pay. UFC president Dana White seems relaxed about the situation as he said after UFC 250: “If people don’t want to fight, you don’t have to fight. If these guys want to sit out and retire right now or if anybody feels uncomfortable in any way, shape
or form with what’s going on you don’t have to fight. It is all good.”

Are there any loose ends?

McGregor’s announcement is peculiar, not least because speculation was increasing about a ‘superfight’ with middleweight great Anderson Silva, who the Irishman rated as the greatest fighter of all-time but added he would “easily” make the top spot his own before retiring. A highly-anticipated return bout against fierce rival and lightweight champion Khabib Nurmagomedov, who defeated McGregor in October 2018 in a meeting that was marred by controversy, also looks set to fall by the wayside.

If this is it, what legacy does McGregor leave behind?

White perhaps best summed it up: “When you look at the star power that Conor McGregor, the star that he became, he introduced this thing globally to people in places that had never seen it before or been interested in it.” From a 13-second knockout of Jose Aldo to become featherweight champion to dethroning Eddie Alvarez as lightweight titlist, and his bout against Mayweather, McGregor goes down as one of the elite and most recognisable fighters of his generation.