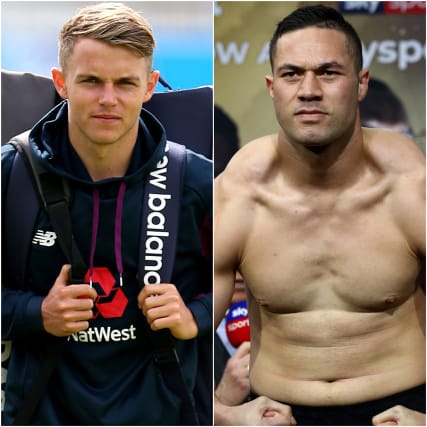 Here, the PA news agency looks at some of the best examples from June 7.

Joseph Parker continued recreating scenes from movies, this time taking on the role of McLovin from Superbad.

Curran’s England team-mate Ben Stokes was not relishing taking part in Sky Sports’ watchalong of the 2016 World T20 final, when Carlos Brathwaite smacked him for four consecutive sixes in the final over to secure victory for the West Indies.

Paul Collingwood, one of England’s greatest fielders, gave his followers some tips on slip catching practice.

Conor McGregor received a gift off his children after his retirement from UFC.

Liverpool midfielder Georginio Wijnaldum took on a different vantage point at Anfield as the club played an intra-squad friendly to prepare for the return of the Premier League.

Sheffield United forward Oli McBurnie could not believe some of the action from UFC 250.

Burnley goalkeeper Nick Pope was in a reflective mood on the anniversary of a career highlight.

As was Manchester United forward Marcus Rashford, who scored a stunner at Elland Road that night.

Former England defender John Terry was out on the golf course.

Back-to-back Grand Slam of Darts champion Gerwyn Price, a former rugby player, brought out his competitive side as he set himself a weight challenge.