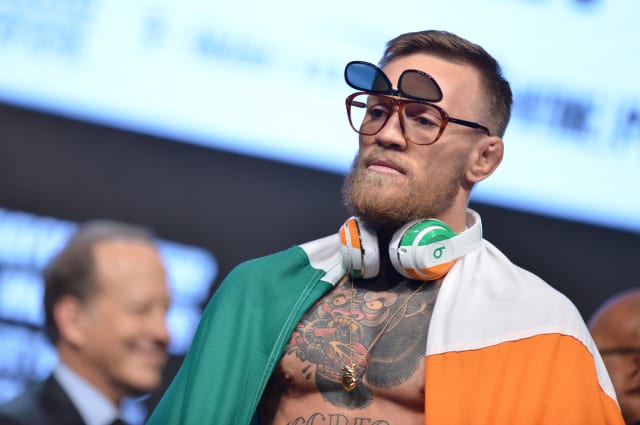 Conor McGregor has dealt the UFC another blow after announcing his latest shock retirement from combat sports but company president Dana White said: “If people don’t want to fight, you don’t have to fight”.

The former featherweight and lightweight champion is unquestionably the biggest draw in mixed martial arts, having been a headliner in the UFC’s three highest grossing pay-per-views and five of the top six.

However, hot on the heels of light-heavyweight champion Jon Jones and welterweight contender Jorge Masvidal asking to be released from the UFC, McGregor unexpectedly called time on his career in the early hours of Sunday morning.

Following the conclusion of UFC 250,  the 31-year-old McGregor wrote on Twitter: “Hey guys I’ve decided to retire from fighting.

The brash Irishman has made similar statements of intent in 2016 and 2019 before making swift u-turns on both occasions.

McGregor made an explosive return to the octagon in January after 15 months of inactivity, stopping American veteran Donald ‘Cowboy’ Cerrone in just 40 seconds to take his MMA record to 22 wins and four defeats.

A rematch against fierce rival and lightweight champion Khabib Nurmagomedov had been mooted for later this year while a speculation of a ‘superfight’ against former middleweight titlist Anderson Silva has been steadily building, with the Brazilian great publicly touting a showdown over the weekend.

Only two weeks ago, McGregor declared Silva as the greatest MMA fighter of all-time but the Dubliner added he would “easily” make the top spot his own before retiring.

While that is now open to interpretation, White seemed fairly relaxed about the uncertainty of McGregor’s UFC future, as well as that of Jones and Masvidal, due to the events currently gripping the world right now.

White has managed to stage five shows behind closed doors during a global coronavirus pandemic which led to the shutdown of major sporting events, most of which are yet to resume.

Speaking at the UFC 250 press conference, he said in quotes on the organisation’s YouTube channel: “The amount of people I have gunning at me right now is insane. But here we are.

“This isn’t the NBA or the NFL where you better be at practice, you better show up and do this, you don’t have to do anything here and if these guys want to sit out and retire right now or if anybody feels uncomfortable in any way, shape or form with what’s going on you don’t have to fight. It is all good.

White says he had no forewarning about McGregor’s announcement but added: “That’s Conor. You know how Conor works and that’s how he does things.

“There’s been a handful of people that have made this really fun for me and Conor is one of those guys.

“When you look at the star power that Conor McGregor, the star that he became, he introduced this thing globally to people in places that had never seen it before or been interested in it.

“Conor McGregor is not going to need any money any time soon. He loves to fight, he’s passionate about it and he’s got an incredible fighter IQ. Whatever his reason is, when a guy says he wants to retire, don’t worry about it.”

McGregor joined the UFC in 2013, having established himself as a two-division Cage Warriors champion.

He needed only 13 seconds to overcome long-reigning featherweight champion Jose Aldo in December 2015, the fastest victory in UFC title history.

One year later, he became the first person to hold titles in two divisions simultaneously when he stopped Eddie Alvarez to win the lightweight crown – although just a few days later he was stripped of the featherweight belt.

McGregor then crossed over into boxing and though he lost to five-weight world champion Floyd Mayweather in August 2017, it was a bout that reportedly earned him in excess of 100million US dollars.

McGregor returned to the UFC the following year, losing to Nurmagomedov at UFC 229 in a bout where the build-up and immediate aftermath was tarnished by a number of controversial flash points.

McGregor has also had a couple of brushes with the law during his time in UFC. In 2018, he was sentenced to five days of community service after video footage showed him attacking a bus containing UFC fighters, including Nurmagomedov, months before their showdown.

Last year, McGregor was fined 1,000 euros after pleading guilty to assaulting an older man in a pub in Dublin.