Timeline of sport’s response to coronavirus on Friday, June 5 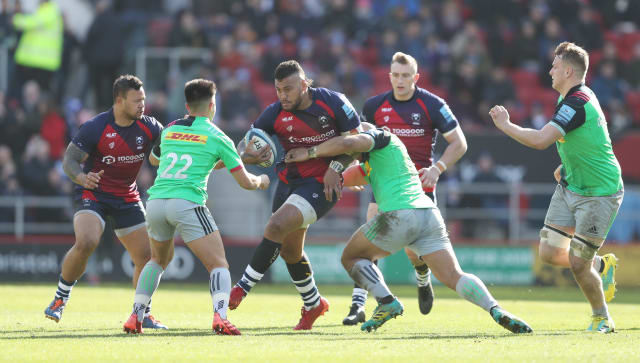 0750 – Premiership Rugby announced its plan to resume the Gallagher Premiership season on August 15.

1100 – Chelsea were confirmed as 2019/20 Barclays FA Women’s Super League champions after the season was decided on a points-per-game system.

1200 – The first batch of Premier League fixtures of the restart were confirmed. Liverpool’s clash with Everton, which could see them clinch the title, will take place on June 21.

1300 – The dates and kick-offs of the FA Cup quarter-finals were also announced. Norwich v Manchester United, Sheffield United v Arsenal, Leicester v Chelsea and Newcastle v Manchester City will all be played over the weekend of June 27/28.

1445 – England and Borussia Dortmund winger Jadon Sancho was fined by the German league for getting a haircut in his home, in breach of the country’s restrictions to prevent the spread of coronavirus.