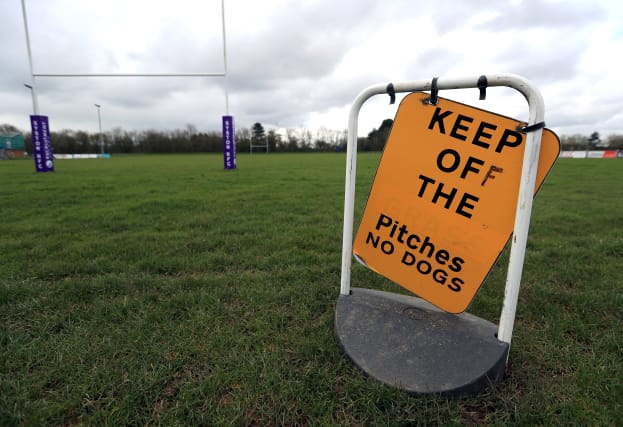 Liverpool’s Premier League title challenge will resume with a Merseyside derby on June 21 after fixture details for football’s big return announced on the same day that rugby union set a date for its own resumption.

With matches set to take place behind closed doors for the foreseeable future, football fans will have greater access than ever before to live coverage on television and radio as the remaining 92 fixtures of the 2019-20 season are fulfilled.

Liverpool take on Everton in their first game back on Sky’s free-to-air Pick channel, though a police request for the game to be moved from Goodison Park to a neutral ground means the venue is remains unknown.

The first ever live Premier League fixture on BBC television will be Bournemouth versus Crystal Palace on Saturday, June 20, while BT Sport will feature a first of its own by screening Brighton’s match against Arsenal at 3pm on the same day – typically a ring-fenced ‘blackout’ window for domestic broadcasters.

Amazon Prime’s four-match allocation will all be free to view, starting with Palace against Burnley on June 29. has also pledged to make its four additional games subscription-free, and the first of them will be Palace versus Burnley on Monday, June 29.

Premier League chief executive Richard Masters said: “We know it won’t be the same without our loyal supporters in stadiums but, together with our broadcast partners, we are able to ensure fans can watch or listen to each match live from home.

“It is important that as many people as possible can access our games so we are extremely happy that more than a third of our remaining fixtures will be televised free-to-air here in the UK.”

Premiership Rugby’s restart will be just over a month behind but confirmation that the competition would be back from August 15 represents positive news for the sport.

Play was indefinitely suspended on April 8 but following an agreement was reached over the resumption of contact training the date was fixed at a board meeting.

Premiership Rugby chief executive Darren Childs said: “Nothing will happen until it is safe to do so but we will do everything we can to resume the 2019-20 Gallagher Premiership Rugby campaign on Saturday 15 August.

“We won’t take risks with people’s health, and rugby has unique challenges due to levels of proximity and impact, but with a number of clubs moving to Stage 1, it is important for us to give players, coaches and clubs clarity on when they can look to return.”

There is no such prospect in the Women’s Super League, where Chelsea have been confirmed as 2019-20 champions following last month’s decision to abandon the campaign.

The Football Association board reached the majority decision to settle the table on an unweighted points-per-game system, handing the trophy to Emma Hayes’ side and seeing Manchester City into the Women’s Champions League in second place.

Liverpool have been relegated to the Championship and will be replaced by Aston Villa, who were awarded the second tier title via a similar equation.