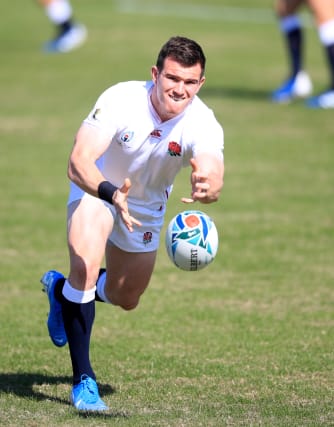 England scrum-half Ben Spencer has agreed to join Bath, with lock Will Spencer and prop Juan Schoeman also signing for next season.

Ben Spencer is leaving relegated Saracens after almost a decade of service and has penned a three-year deal at the Recreation Ground.

The 27-year-old told Sarries’ official website: “I’m sad to be leaving a club that’s been my life for nine years,” said Spencer.

“I’ll treasure the memories that I’ve made at this club for the rest of my life. I leave with incredible memories.”

Leicester’s Will Spencer returns for a second spell at the club he left in 2016 and Schoeman arrives from the Sharks in South Africa.

In addition to the three new faces, Josh Matavesi has been handed a two-year deal having joined on temporary terms midway through the current campaign.