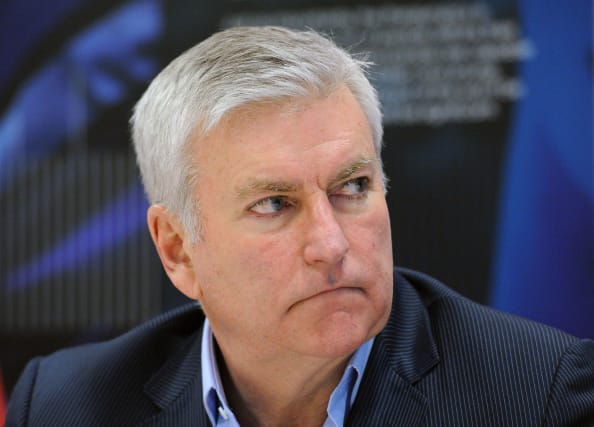 RFU chief executive Bill Sweeney has warned a potential expanded home-and-away edition of the Six Nations next season would need to be a one-off to avoid damaging the stature of the tournament.

Sweeney confirmed a home-and-away format was one of several options under consideration should the coronavirus pandemic prevent the autumn internationals going ahead as planned.

But he cautioned against coming up with a short-term fix that had long-term implications.

“The Six Nations is a very special tournament,” Sweeney said. “It’s regarded as one of the best, if not the best, tournaments in the world in terms of its stature, tradition, heritage and commercial value. You play around with that at your risk.

“On the other hand, there’s something quite attractive about, as a one-off, once-only because of this situation, having a home and away Six Nations.

Sweeney remains optimistic it will still be possible for England to play planned Tests against New Zealand, Tonga, Australia and Argentina in November, but said a number of contingency plans are being considered if travel restrictions resulting from the pandemic make that impossible.

While the home-and-away format is one option, another would be a stand-alone event featuring the Six Nations teams, while a third scenario would see invitational teams added to the pool.

There are also plans in place to play the remaining four matches of the 2020 Six Nations, which was cut short by the pandemic.

It adds up to a potentially very busy summer of rugby, with club competitions also needing to catch up.

With the European Cup final now tentatively scheduled for October 17, there is the potential for a clash should one or more of the three remaining English clubs – Exeter, Northampton and Saracens – reach the showpiece.

“You would need that spirit of harmony,” Sweeney said when asked how such a clash might be resolved. “You need that recognition that 2020 is an exceptional year and we have to sit around a table and find compromises that work for both sides.

“We want to avoid a pure conflict situation with that and recognise the international game has got requirements and the club game also, but let’s find a way through it.”

Sweeney also indicated that England players can expect to face cuts to their match fees as talks continue over a new contract, with the existing deal expiring this summer.

With the RFU and senior staff having already accepted temporary pay reductions amid the pandemic, the players are unlikely to be spared the pain.

“Clearly we need to cut costs but we’re also looking at ways where we can share risk in that, so when things bounce back, how does that work and so on,” Sweeney said.

“We’re in the middle of that conversation and that’s an ongoing process.”