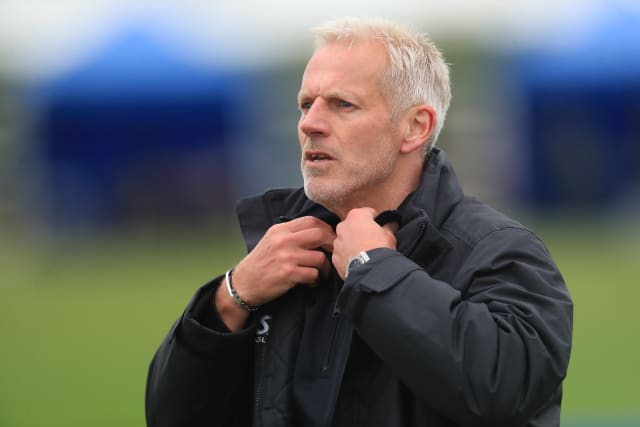 Peter Moores is embracing the opportunity to work alongside Joe Root again and believes what places the England Test captain among the world’s elite batsmen is his desire to continue evolving.

Root was one of six Yorkshire players selected in England’s 55-man training group but, rather than return to Headingley, the 29-year-old is this week holding his individual sessions at Trent Bridge.

As he prepares for next month’s Test series against the West Indies, Root has reunited with former England head coach Moores, now at the helm of Nottinghamshire and someone whose input the Yorkshireman clearly values.

Root openly thanked Moores shortly after the latter’s second stint in charge of the national side came to an abrupt end in May 2015. Under Moores’ stewardship, Root amassed 1,135 Test runs at an average of 95.

Moores told the PA news agency: “At the time when he said that, it was a nice comfort in a time that was a tough time for me.

“But things move on and to reconnect with Joe now several years on and be able to spend a bit of time together coaching him and working with him is lovely.

“We’ve just started doing our first week so like most things I’ll watch and we’ll work through things. Things come up as you’re coaching and often those things are things you’ll work through together and they’re refinements.

“People seem to think there’s often some mystical thing out there but often the top-flight players have brilliant basics; their balance, their alignment, those things are really, really good.

“What’s refreshing for me working with someone like Joe again is you see traits that go with really good players: they’re open, they’re good to work with because they’re looking to move their game forward all the time.

Another batsman who may benefit from Moores’ guidance is Haseeb Hameed, who joined Nottinghamshire over the winter after a dramatic loss of form in the last couple of years at Lancashire.

From being fast-tracked into the England side as a teenager four years ago, Hameed’s form nosedived to the extent that he spent much of 2019 playing for the Red Rose’s second XI.

While Hameed is currently furloughed along with the rest of Nottinghamshire’s playing staff because of the global coronavirus pandemic, Moores thinks a change of scenery could be just what the 23-year-old needs.

Moores, who is optimistic there will be some county cricket in August and September this year, added: “Has is one of those players who wants to master the craft of batting, he loves batting, and I think and hope we’re a good fit for him because I’m passionate about helping him do that.

“He’s been through the classic journey for me: started like a train, got into the England side and then went into what is probably whatever you want to call ‘the search’ when you’re looking for more even though sometimes you don’t need it.

“Now, hopefully he’s got to that point in his career where he’s been through that for two or three years, he can get it simple in his own head and come out and do what he does really well.

“He’s got a great focus of watching the ball, he plays the ball late and if he does that, he’s got this nice style of accumulating runs which he showed when he played for England.

“Keeping things simple will be the key for Has. For him to get back up there would be really exciting.”