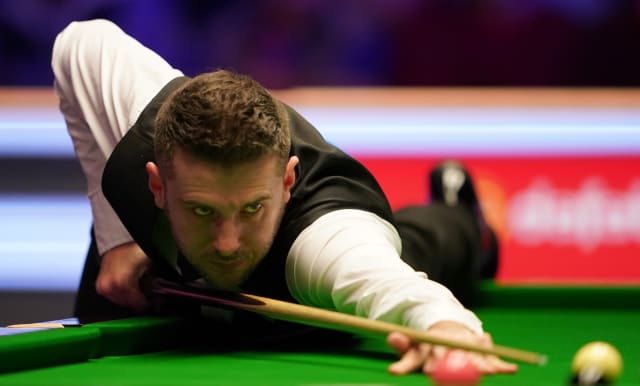 Three-time world champion Mark Selby missed out on reaching the next round of the Championship League after Liang Wenbo claimed victory.

Selby, 36, came second in Group Five of snooker’s first tournament back since the coronavirus pandemic shut sport down.

Wenbo now goes into next week’s winners’ group in Milton Keynes after his 3-0 win over Selby in the final match.

Selby beat Lee Walker 3-1 in his opening match but almost suffered an upset in his second.

But the ‘Jester from Leicester’ recovered to draw the match 2-2 and set up a final game showdown with Wenbo.

The world number 34 had beaten O’Connor 3-1 in his opening game and then whitewashed Walker 3-0 next.

And he made it a clean sweep after cruising to a 3-0 whitewash over world number seven Selby.

A break of 54 gave O’Connor a 3-1 win over Walker as he took third spot in Group Five.

In Group 14, Gary Wilson topped the table after a break of 125 confirmed his place as the winner.

Greene beat Astley 3-1, Mann drew 2-2 with Greene before Astley and Mann also drew 2-2 in the final game of the group.

Wilson told @CLSnooker: “I played OK, a few sloppy shots here and there but it’s to be expected. It’s been really well organised, I don’t think there’s anything you can fault.

“There are arrows and signs for you everywhere, if this is anything to go by there’s no reason why other tournaments can go ahead.”