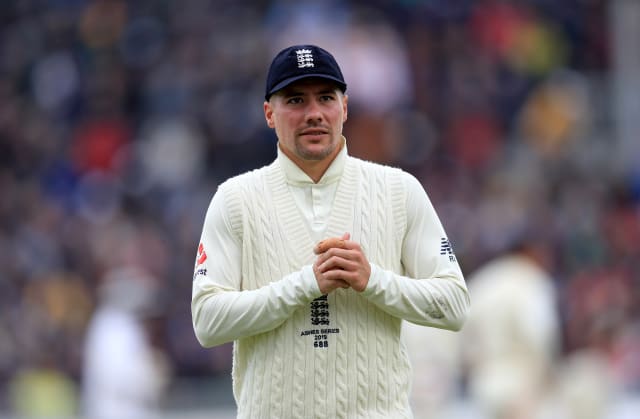 A three-match series between the teams will take place in July, subject to final approval from the Government and, after months in lockdown due to the coronavirus crisis, the sport itself is finally back on the agenda.

Burns is expected to reclaim his place in the batting order, surrendered at the turn of the year when a warm-up game of football in Cape Town left him with serious ankle ligament damage, but knows it will be far from easy.

He was a rookie member of the side that toured the Caribbean in 2018, averaging a modest 24.16 as the hosts claimed the Wisden Trophy 2-1.

“Their bowling attack caused us a lot of problems – they’re very skilful and have got some pace. There’s a lot of good cricketers there and think it’s going to be a stiff test no matter what.”

The West Indies will arrive via charter flight on Tuesday carrying a 25-man squad, including full members and standbys, with only Darren Bravo, Shimron Hetmyer and Keemo Paul opting not to travel due to the pandemic.

The England and Wales Cricket Board remains confident in its plan to create a ‘bio-secure’ bubble at the Ageas Bowl, which hosts the first Test from July 8, and Emirates Old Trafford, where the next two will be played. Burns went on to suggest that the players had also been persuaded by the medical and logistical briefings they had heard.

“The early stages is where you hear almost hypothetical scenarios, that’s where it’s more difficult,” he said.

“People’s minds can run away with themselves – what might it look like? What risk factors are there? – but it’s been very clear in the messaging we’ve had, in terms of putting minds at ease.

“It’s been mitigated by the explanations we’ve had, which has been really positive.”

Steve Elworthy has taken a lead role in planning the framework of the series for the ECB and he revealed that both teams would spend more than a week together at Hampshire’s ground as they fine-tune for the first Test.

“England are looking to move in to the Ageas in and around the back end of June in preparing towards the Test match,” he said.

“When the West Indies come out of isolation at Old Trafford (where the team will spend their 14-day quarantine) they will be brought inside the Ageas for some time too.

“It’s an incredible facility, with a full size training ground next to the main ground. We wanted them to be able to train, practice and prepare for the Test so having two full grounds available was key.”

Lancashire, meanwhile, will need to conduct any of their own county cricket business away from their home ground for an extended period having made it available for extended international use.

Director of cricket Paul Allott told Sky that training would shift temporarily move to Cheshire’s Chester Boughton Hall, while Aigburth would be a primary site for future county matches alongside ‘satellite grounds’ such as Southport and Blackpool.