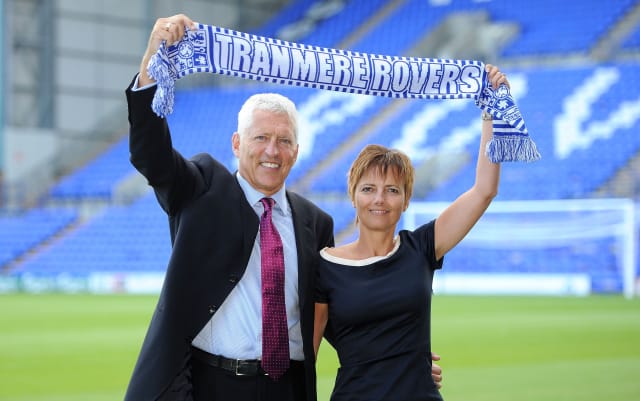 English Football League clubs will decide how to end the season on Tuesday, with “a number of proposals” up for discussion amid continued uncertainty in League One.

With the Championship aiming for a June 20 restart and League Two having already accepted an early curtailment, the third tier has yet to form any kind of workable agreement.

Voting on a preferred framework for concluding the 2019-20 campaign had originally been scheduled for Monday but, following formal submissions from clubs, has been moved back 24 hours.

The EFL favours the traditional model of promotion, relegation and a four-team play-off competition using a table based on points-per-game. Tranmere, who sit 21st in League One and would be relegated under an unweighted system, have been vocal critics.

Rovers chairman Mark Palios has submitted an amended plan which factors in a statistical margin of error into the PPG analysis and has the potential to create an expanded play-off format.

Other suggestions appear to have been made, though details have not been made public.

“The EFL board met today and considered a number of proposals submitted by EFL clubs in respect of proposed amendments to EFL regulations in order to determine what will happen in the event the 2019/20 season is curtailed in any EFL division,” said a statement.

“This now brings an end to a comprehensive consultation phase and clubs have today received formal notice of the meeting which will now take place on Tuesday 9 June 2020. At that meeting clubs will consider a number of different proposals from both clubs and the board of the EFL.”

Palios issued the latest in a long line of pronouncements on Wednesday evening, during which he restated Rovers’ position while admitting the wrangling may appear unseemly given the wider societal problems caused by the coronavirus pandemic.

“I appreciate that in the context of a global pandemic, this may seem something of a sordid sideshow, but the fact remains that football clubs employ hundreds of people and touch the lives of many thousands,” he said.

“We will know next week whether other clubs share my view. I will be spending the next week making myself available to answer any questions from clubs on how and why we have structured the proposal as we have.”

As things stand Stevenage would be the one team relegated from League Two, but Macclesfield could yet occupy bottom spot if they are docked further points, with fresh charges having been laid against them by the EFL on Monday.

National League leaders Barrow would still be expected to come up and take the league back up to 72 members, after Bury’s demise last summer, but other clubs in the fifth tier, including second-placed Harrogate, are expecting there to be a second promotion place available.