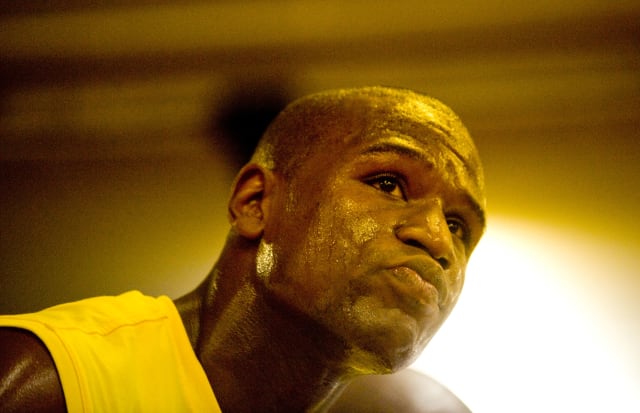 Floyd Mayweather has offered to cover the funeral costs for George Floyd, whose death while in police custody has led to days of protests across the United States and beyond.

Mr Floyd died last Monday after a white police officer held him down by pressing a knee into his neck and sports stars have joined in the widespread condemnation.

Mayweather Promotions confirmed that the former five-division world champion had reached out to Mr Floyd’s family with an offer to cover all costs relating to the funeral.

Hollywood Unlocked reported that Mayweather was distraught to learn that the former officer Derek Chauvin was facing the minimal charge, third-degree murder, after video of the incident was widely shared, prompting him to contact the family through a mutual friend.

In a tweet, Mayweather Promotions shared the link to the Hollywood Unlocked story and confirmed its accuracy.

Several stars from the world of sport have sent anti-racism messages as protests following Mr Floyd’s death have taken place over the past week.

On Monday, England striker Marcus Rashford and his Manchester United team-mate Paul Pogba posted messages, while a number of Liverpool players – including captain Jordan Henderson and Virgil van Dijk, tweeted messages alongside an image of the squad taking a knee on the centre circle at Anfield.